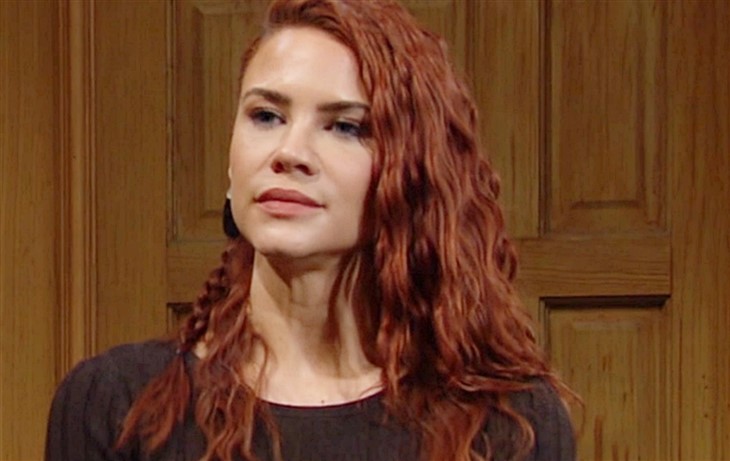 The Young and the Restless (Y&R) spoilers tease that Nate Hastings (Sean Dominic) may have painted himself into a corner with his clumsy amateur junior mogul shenanigans. Is he leaving Genoa City for good?
In the week ahead the answer becomes clear. In addition, a spawn defends its father, a new face pops up and a son winds up in the weeds. It’s a busy week in GC, let’s take a look at what goes down the week of October 17 – 21, 2011.

The Young And The Restless Spoilers – Diane Jenkins’ Past

Everyone will monitor Diane Jenkins (Susan Walters) this week. Jack Abbott (Peter Bergman) is suspicious about his baby mamma and in turns interrogates Tucker McCall (Trevor St. John) about his past with her.
Likewise, Jack’s sis Ashley Abbott (Eileen Davidson) tries to squeeze Tucker for intel. Diane is savvy and realizes she must cover her tracks. Before she is done, another blast from her past arrives to make a mess of her plans. Who is Jeremy Stark (James Hyde) and what does he want with her?

By Friday, Diane has had enough subterfuge and wants to tell Jack everything. But can she do so in time, and how will he react to her eye opening statements? There’s also the question as to whether wily Diane will keep a few secrets to herself!

Nate Hastings (Sean Dominic) has limited options after confessing his corporate espionage to his co-workers and family. He ran back to Elena Dawson (Brytni Sarpy) thinking he would be absolved but it was too little too late.

Elena’s done with the disloyal guy. Will he follow her like a puppy dog? Nope. He is staying put in GC after Elena rejects him. Nate reverts to form and hightails it back to Victoria Newman (Amelia Heinle).

Nate Hastings tells her that C-W team knows he was leaking IPO info and she and Nate strategize a plan. Then Jill Abbott (Jess Walton) comes home to clean up the mess at C-W.

The Young and the Restless Spoilers – Jull Abbott Returns

He pushes her to make a decision and goes all out to win her back. Will it work? Not after Adam brings up Nick Newman (Joshua Morrow).

Because Adam said the wrong thing and she decides he’s not the man for her. Nick Newman (Joshua Morrow) goes to his ex Sharon Rosales (Sharon Case) on how to win Sally over, and she gives him her pseudo therapeutic counsel.

going on between her and her grown up dad. Look for Nick to have the last word as he demand to know if Sally is truly over his brother.

Y&R Spoilers: Victor Is Ready To Get To The Bottom Of Things