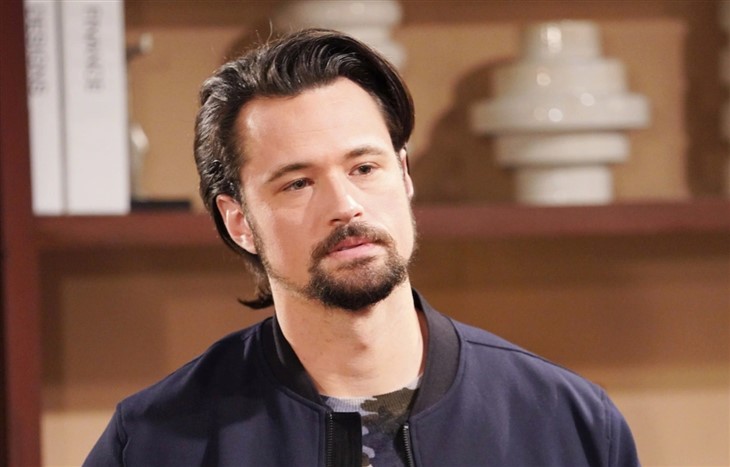 The Bold and the Beautiful spoilers document that Thomas Forrester (Matthew Atkinson) pretended that he needed to know. Did Brooke Logan Forrester (Katherine Kelly Lang) admit to making the call to Child Services?

Kaye’s character told Thomas that Brooke said nothing. How could she, since Thomas sampled her voice and used a smartphone application to digitally frame his detested stepmother?

The Bold And The Beautiful Spoilers – Brooke Logan Forrester Devastated

According to The Bold and the Beautiful spoilers, Brooke was shell-shocked. She had no idea why Ridge’s entire demeanor changed. But it had.

Ridge was so infuriated, believing that Brooke reported Thomas to the Los Angeles County authorities, that he refused to tell his wife why he was leaving her and reuniting with Taylor.

All was going well in recent weeks. The New Year’s Eve incident with Deacon Sharpe (Sean Kanan) was nothing more than an often-referenced conflict. Brooke also reinforced that he and Bill Spencer (Don Diamont) were no threats, and Ridge seemed to believe his eight-time wife.

But Brooke, like Ridge and all the others, is in the dark in this daytime drama. She has no idea that Thomas is conning his father by framing Brooke.

Ridge was not going to leave Brooke. He was tired of telling that to Thomas and Steffy, who hounded him and Taylor about reuniting for months.

Steffy recently pulled a minor stunk at the cliff house. She saw that Brooke was calling when Ridge was visiting and interceded. Steffy’s tell to Brooke upset her.

But what Wood’s character did was nothing compared to the ingenious plan Thomas was devising. His digital manipulation worked, pushing Ridge away from Brooke and back to Taylor.

Thomas saw that Brooke’s hold on his father was enduring. Ridge believed Brooke’s endearing love would sustain him indefinitely.

But Thomas exploited his father’s latent fear. Brooke’s penchant for drama was woven into the faked call about Douglas Forrester’s (Henry Joseph Samiri) endangerment by his father.

Back-handed credit to Thomas for crafting an effective scheme that worked. Brooke is out. But Thomas’ history as a drama king indicates that he will not be able to shield his teachery forever on B&B.

Days of our Lives Recaps: Confessions, Denials, And Bold Moves