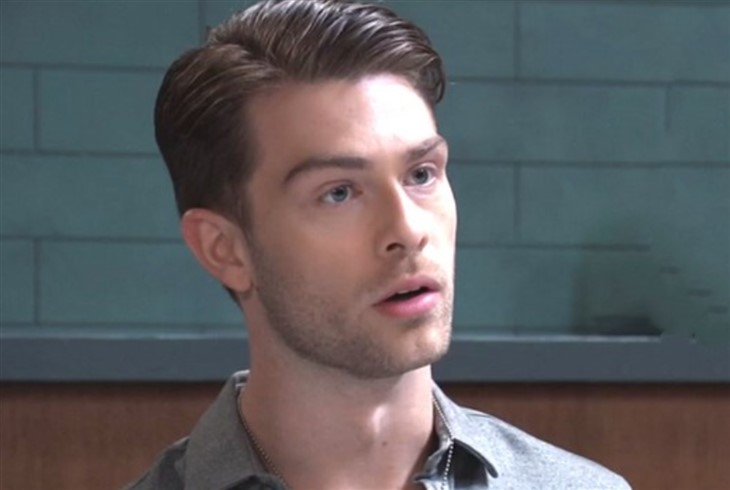 General Hospital spoilers and updates reveal Dex Heller (Evan Hofer) came to town as a potential new right-hand man for Sonny Corintho (Maurice Benard) in the wake of Jason Morgan’s (Steve Burton) presumed death. After spending a reasonable amount of time grieving that loss and failing to put anyone else into Jason’s role in the organization, Sonny leaned into Dex’s willingness to give it a shot. But all hasn’t been smooth sailing.

General Hospital Spoilers — This Is A Test

Sonny has put Dex to the test several times trying to gauge how well he can trust the young man who is all too eager to please him. More recently, suspicions arose surrounding Dex’s presence at the first three crime scenes when The Hook attacked Ava Jerome Cassadine (Maura West), Brando Corbin (Johnny Wactor), and Diane Miller (Carolyn Hennesy) — all three people close to Sonny.

The mob kingpin iced Dex out — quite literally — by sending him to the freezer at Pozzulo’s to have the truth beaten or cut out of him regarding his involvement. Dex nearly lost his life had Sonny’s children — Michael Corinthos (Chad Duell) and Josslyn Jacks (Eden McCoy) not intervened. Dex may not be The Hook, and Sonny has accepted that since Diane has given testimony clearly stating it was a woman who attacked her, but Sonny’s suspicions haven’t backed down either. Something isn’t right about Dex, but he hasn’t been able to put his finger on it just yet.

Back in 1996, Sonny had fallen in love with Lily Rivera (Lilly Melgar), daughter of crime boss Hernando Rivera (Ismael “East” Carlo). Hernando didn’t approve of his daughter’s love affair with Sonny, and he knew the best way to make sure they didn’t end up together was to make sure Sonny didn’t end up with anyone. Just days after Lily confided in Sonny that she was pregnant with his child, Hernando had a bomb planted on Sonny’s car. Sadly, it was Lily who made it to the car first, and an explosion claimed her life and that of Sonny’s unborn child.

Given that no one is ever really gone in Port Charles, it could be possible that Hernando staged the bombing to look like Lily was engulfed in the explosion when she was actually taken hostage and forced to live in captivity — or even brainwashed — away from Sonny. Now, 26 years later, it’s possible Lily is not only alive, but Dex is her son, and Sonny’s.

General Hospital Spoilers – Indicates Dex Could Be Out for Revenge

If Dex is really Sonny’s child, he may be coming after the crime king for a variety of reasons. Sonny wasn’t there when Dex was growing up, and Dex might have feelings about that and not accept Sonny not knowing about him as enough to make him feel better about growing up fatherless. Dex might also have been raised under Hernando’s influence and thus believe Sonny is a real threat to both him and his mother.

Dex could also have a genuine interest in who his father is, but he may be afraid to reveal who he is to him until he knows Sonny is someone he actually wants a relationship with. Watching how Sonny treats his other children could be a part of that learning experience and why Dex jumped at the chance to work with Michael on this issue. He may even be keen on pushing Michael out of the equation so that he can be his father’s only son.

If Dex is up to no good, his mother, Lily, may find her way back to Sonny’s world just in time to warn him. What could a Sonny and Lily reunion stir up, and how would GH writers help newer fans (or, anyone who hasn’t been watching for at least a quarter of a century) embrace this long lost storyline? We’re all ears; let us know what you think Dex is up to! Check back with us often for more GH spoilers and news beats on your Port Charles favorites!

The Bold And The Beautiful Spoilers: Can Bill And Wyatt Talk Liam Down?

Home and Away spoilers: WHO blames Rose Delaney for Cash’s crisis?

Days of Our Lives Peacock Recap: Gwen Turns On Leo, Has Him Arrested

Transgender Neighbours star Georgie Stone, 22, set to share her story in a new...