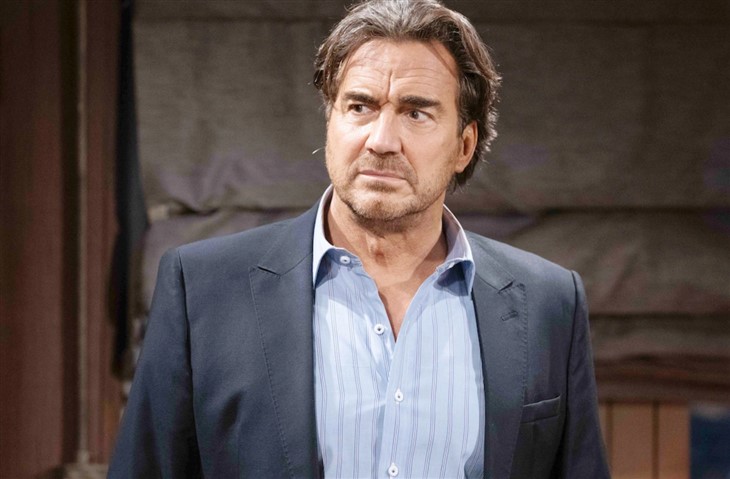 The Bold and the Beautiful spoilers show that because Thomas Forrester (Matthew Atkinson) destroyed his marriage, Ridge Forrester (Thorsten Kaye) might disown him. Will Ridge abandon his son because of the cruel way Brooke Forrester (Katherine Kelly Lang) was treated? Fans are aware that Ridge frequently defended Thomas as a changed man and loving father.

But a good father wouldn’t have taken the chance of contacting CPS and compelling Douglas Forrester (Henry Joseph Samiri) to provide information.

Nothing else mattered to Thomas because he was so consumed by his hatred for Brooke and desire to remove her from the picture. It’s true that Thomas wanted Taylor Hayes (Krista Allen) and Ridge to get back together, but he’s been very clear in his dialogue that this is a Brooke attack that has been specifically targeted.

Thomas is very happy that Brooke won’t ever again cause his family any problems. Naturally, Taylor and the rest of Thomas’ family enjoy bragging about all the outstanding progress he has made in his recovery.

Can we even blame any of this on medical reasons any longer since Thomas allegedly received the assistance he required? Does Thomas have a mental illness, or is there simply something evil about him? Once the truth is revealed, Ridge might not be as eager to defend Thomas’ actions.

Ridge might decide that Thomas has had too many chances at this point. Thomas consistently disappoints Ridge, no matter how many times he receives forgiveness from him or how much faith he has in him. Ridge stood by Brooke and fiercely defended her until Thomas intervened with this fictitious CPS call recording.

Remember that Thomas was the one who suggested inviting Walter Barnes (Steve Richard Harris) over to play the “proof”? The entire plot is so cunning and unsettling that Ridge might decide he’s had enough. Will Ridge reject Thomas because he went too far? If Thomas is just a straight-up bad guy who feeds off the suffering of his enemies, he might be beyond saving. No matter what, Ridge might feel the need to say goodbye to Thomas and cut him out of his life.

Thomas might end up getting his own exile by trying to push Brooke away.

What do you think? Will Ridge disown Thomas after he finds out about the fake CPS call? Share your thoughts and remember to keep watching the CBS soap to see what happens next.

Get A Sneak Peek of The Young and the Restless Photoshoot