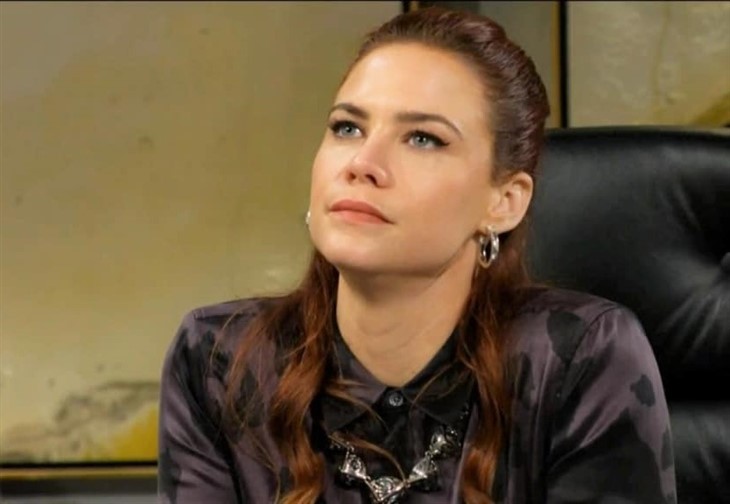 The Young And The Restless spoilers indicate that Sally Spectra (Courtney Hope) and Nick Newman (Josh Morrow) cannot seem to keep their hands off of each other. It seems that every time the two are in each other’s orbit, they end up in bed. Unfortunately, Sally was sharing his brother, Adam Newman’s (Mark Grossman) bed not too long ago. Is there a who’s the daddy story around the corner?

The Young and The Restless spoilers reveal that Sally’s bed was still warm from her relationship with Adam when she slept with Nick for the first time. Adam had broken up with Sally, presumably, so she would not lose her job at Newman. However, it didn’t take long for Sally and Nick to end up in bed together either. Nick has been championing her cause ever since.

According to Y&R spoilers, Nick and Sally have kept their relationship relatively quiet. Adam knows and Sally shared it with one other person swearing them to secrecy. However, this hasn’t stopped Nick and Sally from keeping up their extracurricular activities. At least until Adam crashes their date next week. Will Sally end up back in Adam’s bed again?

Y&R spoilers – A Newman Baby May Cause Issues

No matter who the baby belongs to, if Sally turns up pregnant it will be a Newman child. Nick has been warned away from Sally but she adds spice to his life. Adam truly loves Sally and wants what is best for her. Incidentally, that is not Nick in his eyes. What will Sally do if she ends up pregnant? Which brother will she assume the child belongs to?

Would the Newmans accept Sally’s child? Adam wants nothing to do with his family at all. However, Victor Newman (Eric Braeden) would certainly want to know his grandchild. Would the child be accepted and Sally left out in the cold? Would Nick and Sally try to make a go of their relationship if she had his child? Is Sally still too hung up on Adam to consider Nick?

The Young And The Restless Spoilers – Neither Newman Is Backing Down

Adam may have walked away from Sally but he has no intention of backing down. Adam has realized that he wants Sally back and will even hijack Nick’s date with her. Will Sally go back to Adam or see where this relationship with Nick goes? Could Sally walk away from both of them and raise her child alone instead?

Y&R Spoilers: Mishael Morgan Wants To Know What We Want To See Her In...

Days Of Our Lives: Remington Hoffman Joins Cast Of BET