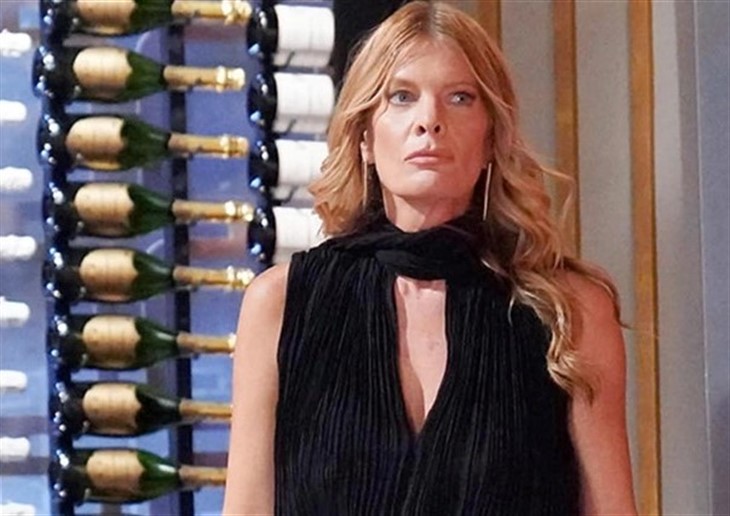 The Young and The Restless spoilers and rumors tease that Phyllis Summers’ (Michelle Stafford) hacking pursuits will turn up some pay dirt on Tucker McCall’s (Trevor St. John) past. The Newmans will be shocked when Phyllis finds a connection between Tucker and Ashland Locke (Robert Newman) in the past.

Any connection to Locke’s a bad one as far as the Newmans are concerned, even if what Phyllis found was relatively innocent, like a company or companies being bought and sold. With Tucker owning and buying companies in the past and Locke doing the same, some interaction in the business realm really shouldn’t be all that surprising. But Phyllis is looking for connections of Tucker’s to connect him to Diane Jenkins (Susan Walters) and remembered Diane and Locke being friendly and maybe they were connected before too.

So anything that Phyllis finds she’s going to spin into an evil conspiracy, figuring if Locke hadn’t been killed, then he, Diane and Tucker would be Genoa City’s unholy trinity. Nikki Newman (Melody Thomas Scott) even suggested that the only way to get rid of Tucker and Diane was by death that wasn’t so much of an accident.

Y & R Spoilers – The Newmans Protect Their Own

Even though Phyllis isn’t a Newman anymore, she’s still tied to the family through her and Nick Newman’s (Joshua Morrow) daughter, Summer Newman Abbott (Allison Lanier). The Newmans, The Abbotts, and Phyllis all have an interest in getting rid of Tucker anyway they can, with Phyllis, Nikki and Ashley Abbott (Eileen Davidson) including Diane. So when Phyllis finds out that Tucker and Locke were actually involved in a company together in the past, with a subsidiary in LA, she runs with it. The Newmans protect their own, and Victor Newman (Eric Braeden) is on it when Phyllis produces that printout from a hacking expedition.

The Young And The Restless Spoilers – Keep On Digging

Victor encourages Phyllis to keep on digging, to find out how deeply involved Tucker was in this partnership with Ashland Locke. There is a possibility that the two men didn’t even interact in person, since there was no evidence they ever found of Locke having been in Los Angeles. They want to find out what kind of company it was, and what it did and what they made, if anything.

One thing Victor finds intriguing is that Tucker didn’t seem to have any problems with technology, as he claimed to have some bizarre illness called “electromagnetic heightening.” Seems he and Ashland Locke are alike – Tucker apparently faked it just like Locke faked cancer.

Be sure to catch up on everything happening with Y & R right now. Come back here often for The Young and The Restless spoilers, news, and updates.

Y&R Spoilers: Victor Is Ready To Take Charge Of His Children’s Lives

Days Of Our Lives Spoilers: Brady Is About To Do A Dumb, Dumb Thing

Home and Away Star: Sharni Vinson cuts a casual figure as she enjoys a...