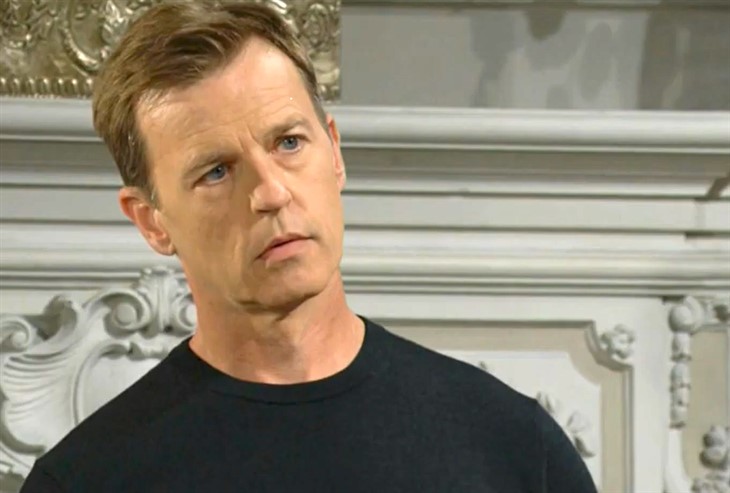 The Young and The Restless spoilers and rumors tease that Tucker McCall (Trevor St. John) is going to get some fine and humorous, at least to him, revenge. For all the self-righteous enemies he has in Genoa City who thinks he’s got secrets, he’ll reveal the skeletons in their closets.

The Young And The Restless Spoilers – Respectable People?

On a recent episode, Tucker laughed when at a table with Nikki Newman (Melody Thomas Scott) at a remark she made, when telling him that he needed to leave town. She also grouped him in with Diane Jenkins (Susan Walters) when she said they needed to stay away from the respectable people of Genoa City, referring to herself and her friends. Longtime viewers would know exactly why he laughed at Nikki claiming to be respectable; she was a stripper from the wrong side of town.

Victor Newman (Eric Braeden) and a buddy picked Nikki up in a strip club but she’s calling Tucker and Diane not respectable compared to her? Tucker’s on a mission to tear down every hypocrite in town and expose the skeletons in their past that newer residents wouldn’t know about.

The main difference between him and Diane, for instance, and others in Genoa City who deem themselves “respectable” is that they hide their scandals well. Another maybe a bit less “respectable” person in Genoa City but one who has also targeted both him and Diane is Phyllis Summers (Michelle Stafford). Tucker, being a concert promoter is well aware of Phyllis having been one of Danny Romalotti’s (Michael Damian) groupies, in fact having a son with him, Daniel Romalotti (Michael Graziadei). Phyllis may have been a hotel owner and a “respectable” businesswoman now, but it certainly hasn’t always been that way and she is another who thinks she’s better than others. Thinking they’re better than others is the key phrase for Tucker with his fact-finding mission.

The Young And The Restless Spoilers – Don’t Get Him Started

Don’t even get him started on Victor Newman (Eric Braeden); Tucker is well acquainted with his double-dealing ways, and turning it back on others. The man has faked his own death several times and would do it again if it meant another cover up; Tucker’s heard of Ashland Locke (Robert Newman). He’s only the latest in Victor’s string of cover up deaths, and he knew Nikki was issuing a death threat when she brought him up.

That might be the first skeleton that Tucker looks up and exposes for all to read, in his own media outlets. Why do people think that Talia Morgan’s (Natalie Morales) exposé series on Diane was quashed-Tucker owns the corporation! Be sure to catch up on everything happening with Y & R right now.

Home and Away spoilers: Will Felicity Newman’s latest idea ROCK or FLOP?

Home and Away spoilers: WHO does Tane Parata have a warning for?

Y&R Spoilers: A Turning Point For Billy And Lily