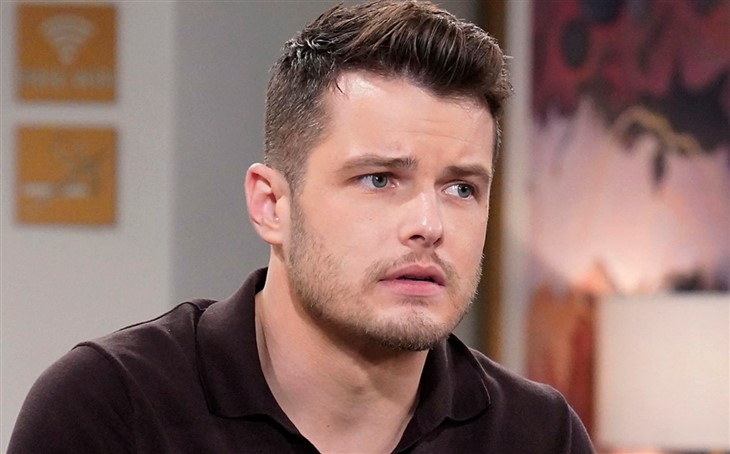 The Young and the Restless spoilers show that Kyle Abbott (Michael Mealor) may forgive Diane Jenkins (Susan Walters) for her revealing Tucker McCall (Trevor St. John) secrets, but will Summer Newman-Abbott (Allison Lanier) oppose her husband’s decision? Summer and Kyle’s ability to get on the same page is one of the reasons they are such a strong, successful couple.

Instead of fighting, Kyle and Summer usually have a respectful debate until one of them agrees with the other. Summer and Kyle clearly have excellent communication skills, but their marriage can’t last forever, right?

The Young And The Restless Spoilers – Relationship On The Fritz?

Because this is a soap opera, there will always be small cracks in a relationship that will either grow larger or be patched up depending on what the writers decide. Summer and Kyle may face a marriage test because Diane is keeping her connection to Tucker hidden.

To be honest, it appears that Diane should just come clean. Diane’s deception of Kyle and Jack Abbott (Peter Bergman) may land her in more trouble than the secret itself. Tucker isn’t well-liked in Genoa City, but she wasn’t out robbing banks or going on serial killer sprees with him.

So far, it appears that Diane has simply relayed information learned in the Abbott realm. Kyle can certainly forgive some minor spy work after forgiving Diane for feigning her horrific murder and staying away for years!

Tucker appears to have helped Diane set up a meeting between Jack and his granddaughter, Allie Nguyen (Kelsey Wang), but who cares? That whole situation was strange in and of itself, but Kyle and Jack have moved on because Allie was such a welcome addition.

Diane hasn’t done anything particularly horrific that could land her in prison, as far as anyone knows. Kyle is aware that Diane is a work in progress, and he is also aware of Tucker’s intimidating demeanor.

Kyle may understand and sympathize with Diane after this alliance is revealed because she has been controlled by a deal she regrets making in the first place. Kyle may be quick to forgive, but will Summer agree with that decision?

Summer may be slower to forgive Diane’s deception, which may cause friction with Kyle. This is especially true if Summer becomes hesitant to allow Diane to spend time with Harrison Abbott (Kellen Enriquez).

What do you think? Are you a fan of Kyle and Summer and is there a possibility that there could be trouble on the horizon between these two? Share your thoughts and remember to keep watching the CBS soap to see what happens next.

Ray Meagher – This is your life Part 2/3

Young & Restless Recap: Nick Convinces Victoria Not to Fire Sally After She Misses...

Young and the Restless Spoilers: Chance’s Abandonment, Abby Leans On Another Man?