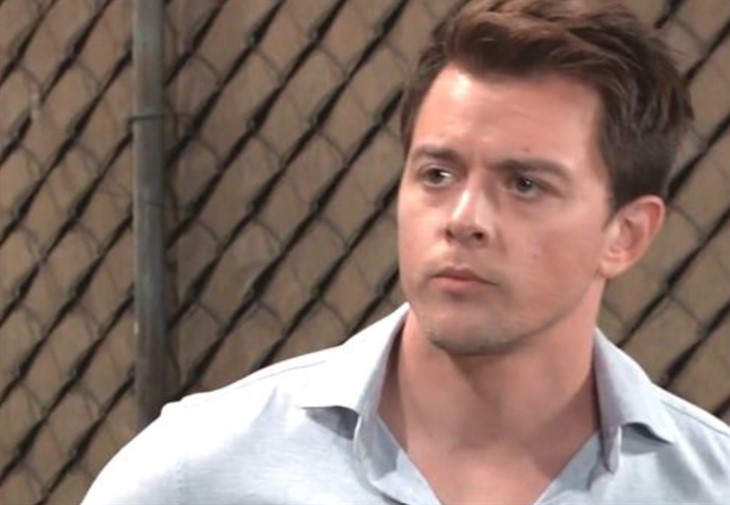 General Hospital spoilers and updates tease that Michael Corinthos (Chad Duell) and Cameron Webber (William Lipton) will agree on a plan to protect Josslyn Jacks (Eden McCoy). With the prevailing police theory now being that the hook attacks are connected to Trina Robinson (Tabyana Ali) and her friends, Josslyn must be protected and Cameron as well.

Even though Michael told Dex Heller (Evan Hofer) to stay away from Josslyn and Cameron doesn’t trust him, originally Sonny Corinthos (Maurice Benard) had him watching her. Michael thinks to himself this is the perfect way to draw suspicion from himself as Dex’s real employer, as a plant into Sonny’s organization to take him down. Even Sonny was suspicious why Michael was so concerned about Dex when he was missing for those forty eight hours.

Michael still wants Dex to spy on Sonny and what he’s doing but he wants to also have an undeniable cover. Michael tells Dex he wants him to protect Josslyn and Cameron as well, they need to work together to do so.

Cameron agrees that Dex seems to be a good protector; he helped Joss save Ava Jerome Cassadine’s (Maura West) life. Michael gives Dex a private explanation as to his change from telling him to steer clear of his sister to guarding her, and working with Cameron. Cameron could be a target as well as Josslyn, considering the Hook’s attack victims seem to all be connected to Trina and her exoneration. Michael explains having Dex guard Josslyn takes the suspicions off him as to why the two know each other – which Josslyn has brought up. Anyone connected to Trina in any way, but seeming to be connected especially to the trial could be a target.

Michael is able to convince Dex to watch Joss and also Cameron as he works with him to protect Joss, and everyone is in agreement. Josslyn may find it a little bit awkward since she’s with Cameron but feeling drawn to Dex in spite of herself. But this way is safer, since she and Cameron could both be targeted by the hook attacker, and Dex knows how to do what needs to be done.

As for Sonny Corinthos (Maurice Benard) he has some crow to eat since he was convinced Dex was the attacker; Michael and Sonny come together in agreement though. Dex is the best protector Josslyn has short of having Jason Morgan (Steve Burton), if only he were still alive.

GH Spoilers: Spencer Takes To Uncle Cyrus As He Manages Nikolas For Him

Home and Away confirms why Jasmine Delaney won’t be back

Home and Away reveals possible death story for Cash Newman

Days of Our Lives: Brandon Barash’s Jake Killed. Is He Really Dead?