Bold and the Beautiful Spoilers: CPS Call Reveal, Is This How Thomas Makes His Big Exit? 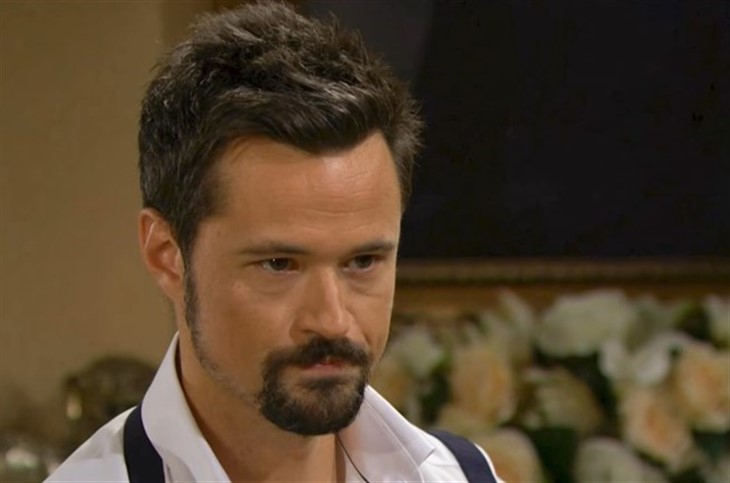 The Bold and the Beautiful spoilers reveal the CPS call being the hot-button item no one is talking about. Right now, Thomas Forrester (Matthew Atkinson) has been informing people that a CPS call has been made. What no one knows is who is behind the call, well at least no one but Thomas and Ridge Forrester (Thorsten Kaye). Things seem to be falling into place for Thomas but as we all know all good things done with bad intentions eventually fall apart.

The Bold And The Beautiful Spoilers – Chance To Start Over

He had been making really good efforts at showing he is trying to better himself and he has reconciled with Hope Logan (Annika Noelle) in order to co-parent in a more healthy fashion. Hope has seen the changes he has made and if there is one thing that she knows is that more than anything else Thomas loves Douglas Forrester (Django Ferri) and he is a really good father.

If it does come out that he did set Brooke Forrester (Katherine Kelly Lang) up to destroy her marriage to his father, everything will change. Hope could use this as evidence that Thomas is not in a good mental state to have custody of his son. Liam Spencer (Scott Clifton) will want to use that as a way to terminate Thomas’ parental rights so Hope will gain them.

This would also push Thomas away from Hope. Thomas knows his obsession with Hope is not healthy but I know he won’t give up on his son either. Even at the height of his mental illness previously he has always doted on Douglas. I would like to see the writer’s open to maybe changing the way the story goes.

The Bold And The Beautiful Spoilers – Douglas Forrester’s Confusion

The Bold and the Beautiful spoilers reveal that right now Douglas is very confused as to who he should live with and while he loves living at the cabin I think there will always be that unconditional love for his father.

What would happen if Thomas made the decision to leave L.A. and go work at another Forrester’s Creations location? This could be the fresh start he needs to prove to everyone he is in fact a good father. How would Douglas handle a separation that great in distance? He has already lost his mother and even though Hope has done a fantastic job of being his “bonus” mom, a child that young should not have to deal with losing his father as well.

Douglas could finally speak up and ask to go with Thomas. The Logan/Spencer house will shoot the idea down quickly saying that Thomas is not stable to be a single parent on his own. Douglas needs to be surrounded by family members who can offer him the stability he needs.

I would love it if at this point Hope, as much as she wants Douglas to stay, would give him her blessing to move in with Thomas. It will hurt her a lot to do so but she knows that by getting away from her and being able to start over he will be nothing short of an amazing father. His trigger lies within her and she knows that Thomas really needs Douglas to be there for him as well. This could be a way to soon lead the way to open up an arc for the kids to become young adults and start paving the future for Forrester Creations. This will definitely be an interesting tale to watch unfold.