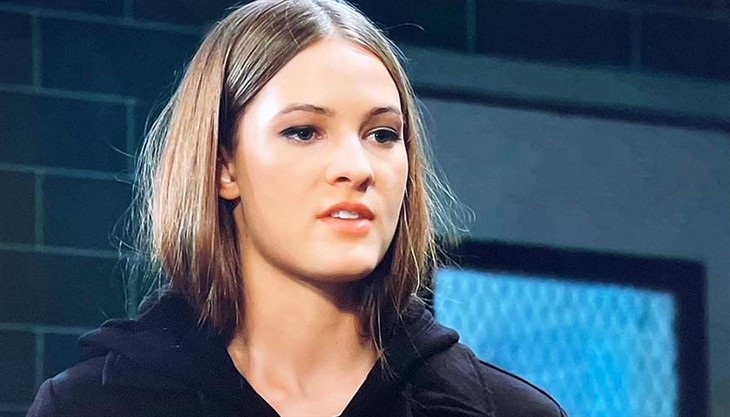 When Esme Prince (Avery Kristen Pohl) came to town, her subtle hints about her nanny, Maggie Fitzgerald, went unnoticed. There was nothing remarkable mentioned about their relationship — other than the way she pretended it was over. When Spencer Cassadine (Nichols Chavez) stumbled upon letters from Maggie and realized there was more to Esme’s story than she had let on. Soon, he and everyone else in Port Charles is going to find out just how much she’s been hiding.

Reese Marshall (Kari Wuhrer) was a woman, reinvented. She came to Port Charles as an FBI agent working to find Kristina Davis (Lexi Ainsworth) back in 2005. A convoluted string of events led to a budding romance between her and Sonny Corinthos’ (Maurice Benard), and an internal struggle she felt to build a case against the mobster. Ultimately, she decides against it. Any chance of a relationship with Sonny was dashed when it is revealed that Reese was actually Caroline Roberts, a high school friend of Carly Corinthos’ (Laura Wright) that Carly thought had died in a car crash she witnessed herself.

With Carly currently being in Jacksonville and sharing her memories of this car crash with Drew Cain (Cameron Mathison), it appears the stage is being set for a possible Reese reunion — again, despite the fact that Reese was shot and allegedly killed in 2005 in Port Charles. It is unclear whether GH writers are going to gloss over the previous reprisal of Reese’s role in favor of a new one, or whether Carly will later clue Drew in to what happened with Reese when she came to Port Charles. The emphasis on Reese being such a major player in Carly’s formative years, and also having such a strong role in what was a very traumatizing experience for Carly, makes us think she may not be gone for good after all.

At the same time that Reese was making waves in Port Charles, Ryan Chamberlain (Jon Lindstrom) was, too. Is it possible the psycho murderer killed the adoptive parents of his daughter, Esme? It would be just like Ryan to notice someone like Reese needed an out and a way to start over again. He could have removed Esme’s parents from the equation and subsequently positioned Reese in the role of Maggie Fitzgerald, waiting until Esme was an adult to connect with her. What are your thoughts on a Reese Marshall reprisal? Let us know, and stick with us for more GH news, updates, and spoilers.

Dani Lasher is a childbirth educator, writer, women’s health advocate, and mother living in Western Maryland––just outside of Washington, DC––with her fiancé and five children. After earning her bachelor’s degree in Psychology at Penn State, Danielle made good use of her writing and research talents as a copywriter, providing broken-down content on healthcare and drug research to enterprises around the globe. But her true love––the world of mothers and babies––was lying in wait. She cut the corporate career cord and hasn’t looked back since, contributing to several online publications, such as BabyGaga, Moms.com, The Travel, Ingrid+Isabel, and more. Dani now runs The BIRTH Circle––an online childbirth education membership that prepares mothers to succeed at natural childbirth, as well as hosting the largest natural childbirth support network on Facebook as its companion community. With two published travel books under her belt, she spends her free time working on book number three and binge-watching General Hospital and The Kardashians.

Days Of Our Lives Spoilers: Susan Is In Massive Trouble