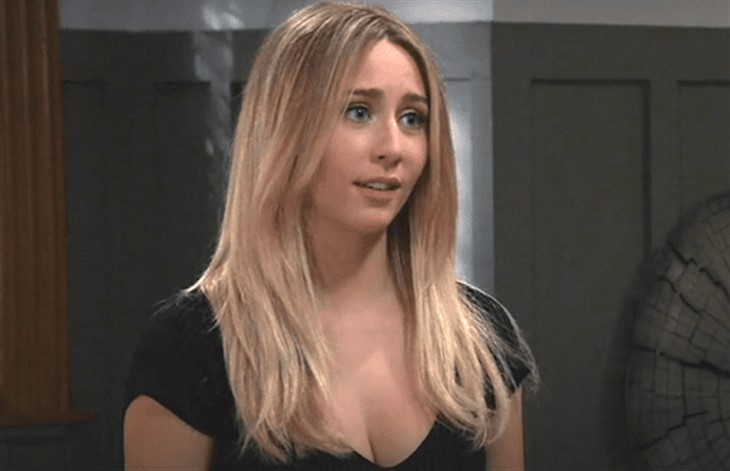 After Josslyn and Michael Corinthos (Chad Duell) rescued Dex from the freezer room in Pozzulo’s Restaurant where Sonny had him tied to a meat hook, he didn’t want any cops. Even though a “new cook” named Carver (Miguel Cohen) was threatening him with carving knives, Dex didn’t want any police involved. Josslyn found that strange, later to find out Carver was a henchman that Sonny had borrowed from Selina Wu (Lydia Look) and thought that odd too.

Dex’s actual employer is Michael, who hired him as a plant into Sonny’s organization, is looking for something that will stick. Michael has enough experience to know how Sonny has his ways of weaseling out of charges, he needs to get him for racketeering, proving RICOH violations.

GH Spoilers – Too Many Questions..

Dex is protecting Josslyn and she’s still asking too many questions, like how he knew she sounded like Michael, for instance. He was able to come up with some good reasons for her and she let up on him for that, but now she’s acting like a cop herself. Joss is asking a lot of questions about things like how Dex knew how to do Heimlich maneuvers and other medical procedures, although she’s thankful he does.

Ava Jerome Cassadine (Maura West) may not be her personal cup of tea, but she is her friend Trina Robinson’s (Tabyana Ali) good friend and mentor, and he saved her life. She’s asking questions like has he ever been to medical school or worked as a first responder, he keeps telling her he learned this in the military.

General Hospital Spoilers – Who Does He Really Work For?

Now Josslyn asks Dex a real doozy of a question; is Dex undercover for the FBI, CIA or maybe a spy with the WSB? She is obviously thinking he doesn’t want police involved because he’s undercover and one of the local cops might recognize him, she thinks he knows too many things. General Hospital spoilers show Joss keeps asking Dex who does he really work for, and she gets a little too close with her line of questioning, wanting to know if he’s a plant.

Josslyn knows that sometimes investigators into federal crimes will send agents who get a job inside an organization, and he’s not sure what to tell her now. The most he can say is that he heard about Jason Morgan (Steve Burton) and admired what he heard, and wanted to work for Sonny.

Home and Away spoilers: Remi Carter has a WARNING for Cash…

EastEnders fans are convinced Arthur ‘Fatboy’ Chubb is returning from the dead as actor...

GH Spoilers: Michael And Cameron Agree On A Plan To Protect Josslyn