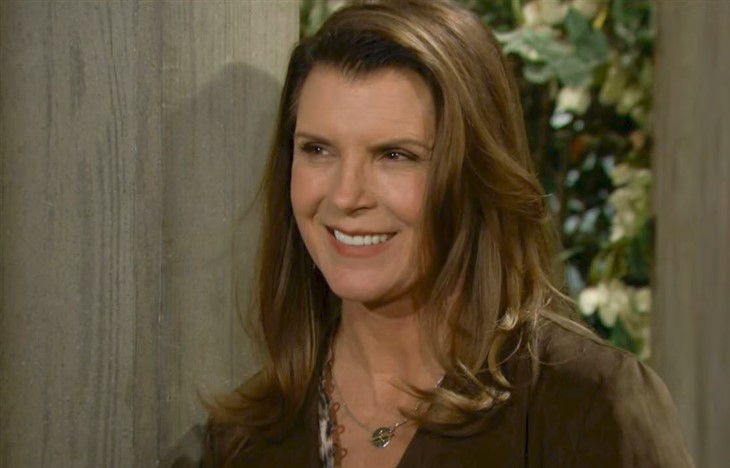 The Bold and the Beautiful (B&B) spoilers for Wednesday, October 12, 2022, reveal Deacon Sharpe not getting out of his Sheila situation so easily.

All Deacon Sharpe (Sean Kanan) wanted when he was finally released from prison was to live a quiet life and grow closer to the adult daughter he wished he had raised, Hope Logan Spencer (Annika Noelle). But that’s been easier said than done.

For some reason, he decided to team up with known sociopath Sheila Carter (Kimberlin Brown). He figured if he could reform, so could she, right? Well, he quickly learned that was wrong when she switched labels on champagne and sparkling cider on New Year’s Eve and got Brooke Logan Forrester (Katherine Kelly Lang) drunk.

Later, when he learned that she was the one who shot John ‘Finn’ Finnegan (Tanner Novlan) and Steffy Forrester Finnegan (Jacqueline MacInnes Wood) — two people he found bloodied in an alley — he wanted nothing to do with her but Sheila didn’t care.

Being as crazy as she is, Sheila even faked her own death and cut off her toe to make it look as if she had been mauled by a bear. She then donned a horrible disguise that still made her look like Sheila in a red wig and glasses and fooled Deacon. He slept with her and then learned that truth. And now Deacon is stuck with her.

On Wednesday, Sheila just wants to impress Deacon as a way to thank him for putting up with her. Of course, the only reason he is putting up with her is so his parole officer doesn’t find out he accidentally harbored a presumed-dead fugitive.

What crazy thing does Sheila have planned that she thinks will make Deacon happy? We know if it’s Sheila, it has to be absolutely nuts. And if it’s nuts, it might be something that will get them both in trouble, the one thing Deacon wants to stay out of at all costs. Imagine the damage that could be done to his relationship with Hope if she knew Sheila was living with him. Stay tuned to The Bold and the Beautiful weekdays to see how these stories play out.