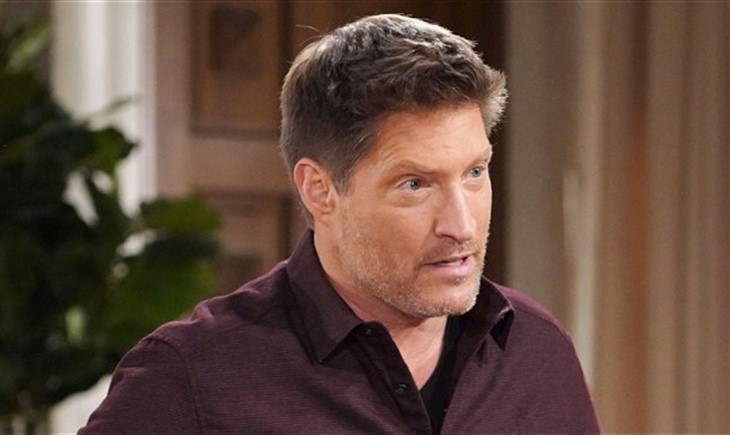 The Bold and the Beautiful spoilers reveal that Ridge Forrester (Thorsten Kaye) is leaving Brooke Logan (Katherine Kelly Lang) to reunite with Taylor Hayes (Krista Allen). Brooke is making her way to Aspen to fight for her man but she may be too late. Right now, Ridge is still reeling from Brooke’s betrayal. No one knows how she has betrayed him and Ridge will not tell Brooke why either.

The Bold And The Beautiful Spoilers – Seeking Comfort

B&B spoilers reveal that devastated by his actions Brooke will more than likely rush back home to let everyone know that Ridge chose Taylor and their marriage is over. The whole Logan clan will be utterly confused as to why this has happened especially without any explanation. I can see Hope Logan (Annika Noelle) possibly confiding in Thomas Forrester (Matthew Atkinson) to see if he has more information about the split.

“Dollar” Bill Spencer (Don Diamont) and Deacon Sharpe (Sean Kanan) will find out Ridge has left Brooke and both men will rush to her and try to be the one to mend her broken heart. This will lead to an explosive confrontation between the two since both men think they are the one that should be with Brooke. Not wanting to cause any more pain to her they will call a truce for the time being but ultimately both of them are now in competition to win her heart.

Ever since Sheila Carter faked her death, she has been basically blackmailing Deacon into keeping her hidden. She also has a very weird obsession with him that has her seducing him but abusing him. What will happen after she realizes that all of her romantic gestures were for nothing and he is now trying to get Brooke back?

How will she even figure all of this out? It’s not like she is really up to date on all the Logan drama but this is where “Lina” comes in. Her obsession begins to grow darker…

The Bold And The Beautiful Spoilers – Bold Move Hinted

The Bold and the Beautiful spoilers reveal that I could see Sheila sneaking out to get some fresh air as her counterpart “Lina” (which please tell me I am not the only one freaked out by the prosthetic face). She decides to grab a bite to eat at Il Giardino and happens to come across

Deacon and Bill in a heated confrontation. She has to go and listen in and once she finds out they are both battling for Brooke’s heart will she let herself be known or will she keep it to herself?

B&B Spoilers – What Happens Next?

I could see either situation, if she makes herself known she can really get under Deacon’s skin and show him she will do as she pleases. She could let Bill know that she is his girlfriend and he could use that as ammo against Deacon. Sheila is also pretty twisted so I can see her keeping the information to herself only to use it against Deacon in the future or to seal her fate of being able to hide forever. She will have him convinced to leave Brooke alone or she will reappear and let everyone know that Deacon had been hiding the whole time. That will not end well. Who do you think would win the battle for Brooke’s heart?

DOOL Spoilers: Where Has Li Sent Dr. Rolf, The Ends Of The Earth Perhaps?

GH Spoilers: Why Does Cody Want What’s in Peter’s Box of Belongings?

Home and Away’s Sharni Vinson goes for an afternoon stroll with her mother and...