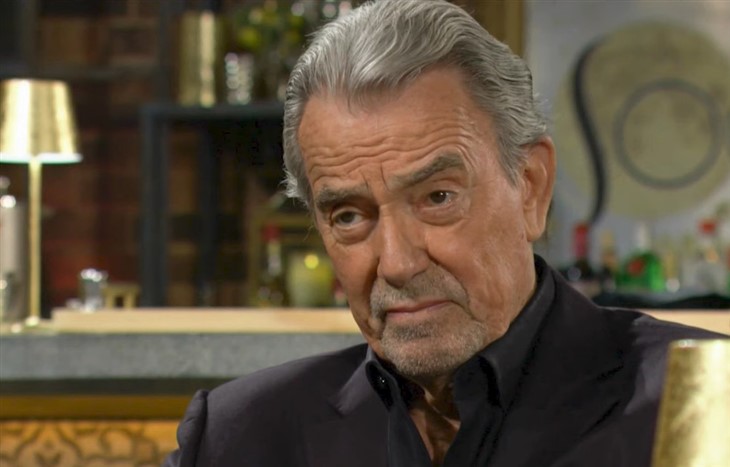 The Young and the Restless (Y&R) spoilers for Tuesday, October 11, 2022, reveal Victor furious that Tucker McCall is back on his turf.

The Young And The Restless Spoilers – Victor Vs. Tucker

The Great Victor Newman (Eric Braeden) truly felt that Tucker McCall (Trevor St. John) was out of his life for good and would never return to Genoa City to cause trouble again. However, Victor should have known better and we are not sure why he felt that way.

Now that Tucker is back in town, Victor is determined to know what he has been up to the last decade or so and why he is back in Genoa City. He is ready to warn the man that he better not stir things up again. Victor just got rid of Ashland Locke (Robert Newman) and does not need another headache from another nefarious player shaking things up.

Ashley Abbott (Eileen Davidson) also thought her nefarious ex-husband was out of her hair but now he is back and wants to see her. Phyllis Summers (Michelle Stafford) and Nikki Newman (Melody Thomas Scott) are all for the idea but Ashley is not so sure. The marriage ended very badly and she doesn’t want to have anything to do with him.

However, Nikki and Phyllis truly believe he may be a key to Diane Jenkins’ (Susan Walters) missing years. They’ve been searching for information for months and have come up empty. While Ashley certainly believes that Diane needs to be brought down a peg or two, she certainly doesn’t want to get herself involved with Tucker to do it.

The Young And The Restless Spoilers – Kyle Abbott Has Suspicions

Speaking of Diane, Kyle Abbott (Michael Mealor) is beginning to believe that his mother hasn’t been on the up and up about everything since returning from the dead and to Genoa City. In fact, she has been acting quite strange lately indeed.

He wanted very much to trust her and believe she had changed since she is his mom after all, but something is nagging at him now and he needs to get to the bottom of it. Will he let Summer Newman Abbott (Allison Lanier) in on his thoughts?

Home and Away spoilers: Does Bree have feelings for Remi after love triangle drama?

First Home and Away 2023 Spoilers revealed

Bold Beautiful Spoilers for the Week of September 12: Show-Offs & Showdowns