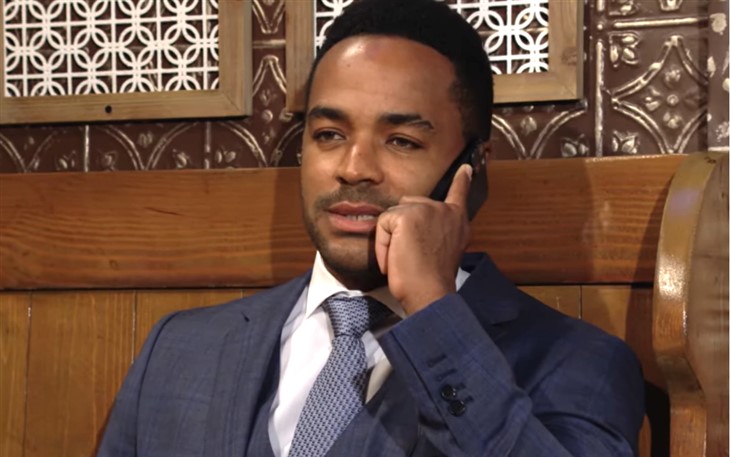 But what Lily Winters (Christel Khalil) and Devon Hamilton (Bryton James) do not know is that Nate has agreed to sell his CW shares to Victoria. That transaction would allow her family’s infamous business to assume at least fifty-one percent control. Nate will be appointed the head of what will become Newman Enterprises’ CW division.

The Young And The Restless Spoilers – Grudge Against Devon Hamilton

Nate defines Devon’s actions toward him as condescending. He has stated that James’ character challenges his ideas and will not allow him to operate with any autonomy.

How convenient of Nate not to mention that Devon has every reason to distrust him. Plus, Nate has zero business experience and is operating on pure bravado that Imani Benedict (currently played by Leigh Ann Rose’s stand-in, Denise Boutte) continues to encourage.

Devon distrusts Nate because he betrayed him. Romantically pursuing Elena Dawson (Brytni Sarpy) while she and Devon were a couple was flat-out wrong, with the understanding that Elena shares equal blame with Nate.

Nate has not hidden his business plans. He told Elena what he is doing, and that left her flabbergasted.

Sarpy’s character is disillusioned and tried to tell Nate that he should step back and reassess what he is doing. Nate believes his efforts will benefit CW and his cousins, but that outlook is short-sighted at best.

Elena felt compelled to move out of the penthouse and recently left. Nate wants to reconcile with her, stressing that their love is real and is the remedy to their current problems.

The Young And The Restless Spoilers – Will Chancellor Winters Be Blindsided?

Elena is armed with the truth. She was conflicted during a recent conversation with Devon at Crimson Lights, opting not to tell him what she knew.

Why would Elena protect Nate’s secret when doing so will lead to family turmoil and cause him to enter a firestorm? She has already told him that what he is doing is wrong.

Stopping Nate’s plan by exposing it is the best course to take. Whether Elena takes it is worth the watch on Y&R.

Does David Tanaka die in Neighbours?