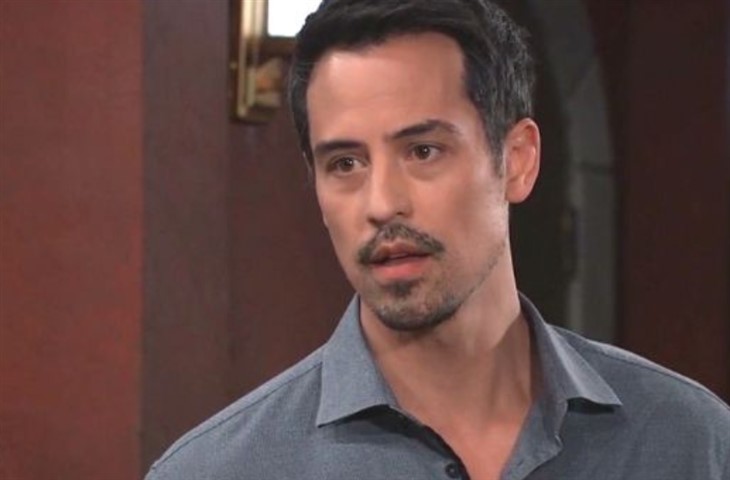 Esme Prince (Avery Kristen Pohl) has been back in Port Charles for at least a few days now, unbeknownst to everyone who hates her. The Cassadine family has more or less assumed she’s dead, while the PCPD continues to search for her — convinced she was behind the sex tape that traumatized Josslyn Jacks (Eden McCoy) and Cameron Webber (William Lipton). Esme is headed down a difficult path and she’s going to need an ally. Will she find one — at Wyndemere?

As Esme heads back to Spoon Island, she may make her way into Wyndemere via one of many tunnels connected to it. She certainly spent plenty of time casing the joint when she lived there, and it really is her most recent home of any sort. Seeking cash — and subconsciously seeking comfort — Esme won’t be terribly destroyed when Nikolas Cassadine (Marcus Coloma) catches her attempting to break into his safe.

One might expect fury and rage when Nikolas walks in on Esme trying to rob him, but that’s not what will happen. One of the last times Nikolas and Esme were alone together, they were having an affair, both of them feeling rejected by their loves — Nikolas by his wife, Ava Jerome Cassadine (Maura West), and Esme by her boyfriend, Spencer Cassadine (Nichola Chavez), who is also Nikolas’ son.

Upon locking eyes again for the first time, both Nikolas and Esme will be confronted with some unsettling feelings they didn’t expect to experience, and it might seem like they don’t completely hate one another.

Sure, Nikolas will be stunned that she’s alive, but there’s more shocking news in store. He’ll also think to call the PCPD and alert them to Esme’s whereabouts, but she’s going to stop the Cassadine prince dead in his tracks. What might Esme have to share with Nikolas that could give him pause about rushing to put her behind bars?

Esme is probably going to tell Nikolas she is pregnant with his child. Is it true? We don’t know yet, but it’s going to stir up enough in Nikolas to make him reconsider making that call to Police Commissioner Jordan Ashford (Tanisha Harper). Is it because he has sympathy for the possible mother of his child? Not likely, but Esme has plenty of dirt on Nikolas to work to her advantage and make him cooperate via blackmail. Do you think he’ll accept her terms? Let us know, and keep checking back throughout the day for more GH news, updates, and spoilers!

Home and Away discovery as Justin catches out Theo

Home and Away’s Sarah Roberts spills on a possible return

Young and Restless: An Obsessed Chelsea Goes After Her Ex-Fiance Billy Abbott?