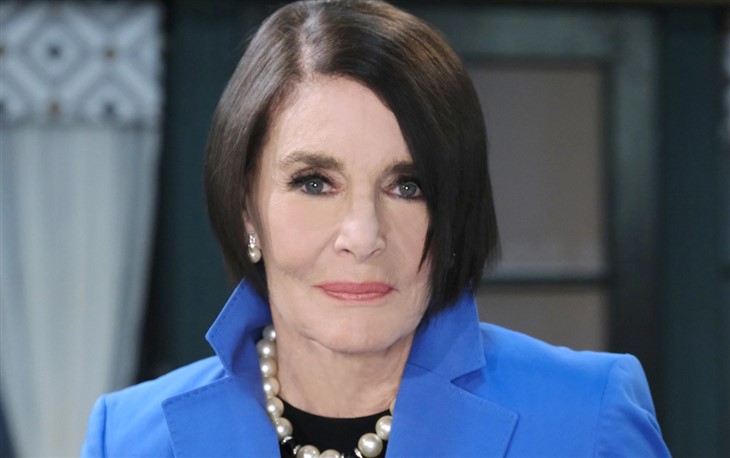 Days of Our Lives spoilers indicate that Vivian Alamain (last played by Linda Dano) is about to find out that her son Stefan Dimera (Brandon Barash) is still alive. Of course, Vivian is grateful to have her favorite son alive and well. Unfortunately, Vivian has lost a son as well. Now that Jake Dimera’s (Brandon Barash) marriage to Ava Vitali (Tamara Braun) has been proven fake, Vivian will inherit his shares which she will pass on to Stefan.

Days Of Our Lives spoilers reveal that now Stefan will have both his shares and Jake’s. E.J. Dimera (Dan Feuerriegel) believes Stefan is on his side, will he change his mind? Stefan may be fighting it but he is finding himself drawn to Gabi Dimera (Camila Banus). Something is finally jarring Stefan’s memory and that could certainly be good for Gabi and her cause.

Stefan truly loves his wife. Stefan was simply brainwashed to believe otherwise. Will Stefan get his full memory back and reunite with Gabi? Will all of Dr. Rolf’s (Richard Wharton) efforts be for naught once Stefan’s memory returns? Will Stefan finally get the reunion he was hoping to have when he first woke up?

As Stefan continues to push Gabi away, she will pull closer to Li Shin (Remington Hoffman). Unfortunately, it seems that Gabi will not end up marrying Li either. Gabi cannot marry Li when Stefan is alive no matter how much he pushes her away. Gabi may continue to plan her wedding to Li but chances are, she cannot go through with it.

Gabi feels like she is losing control. With Stefan continuing to push Gabi away she is terrified of losing control of Dimera. It looks like Gabi will actually lose her job as CEO. How long will this loss last? Stefan knows deep down that Gabi is committed to making Dimera work. Stefan also isn’t likely to let E.J. control the company either. Stefan could cross E.J. and take over himself.

Days Of Our Lives Spoilers – Well Gabi Dimera’s Life Get Back On Track?

Eventually, fans hope that Stefan and Gabi can get their lives back on track. Stefan could grow to love Gabi again even though he doesn’t remember their love now. Gabi and Stefan could certainly reconnect while spending time around each other. Will Stefan eventually fall in love with Gabi again? Will Stefan remember the relationship at some point?

Stefan’s gift may give him the ability to get rid of Gabi once and for all. However, this doesn’t mean that Stefan will follow through in the end.