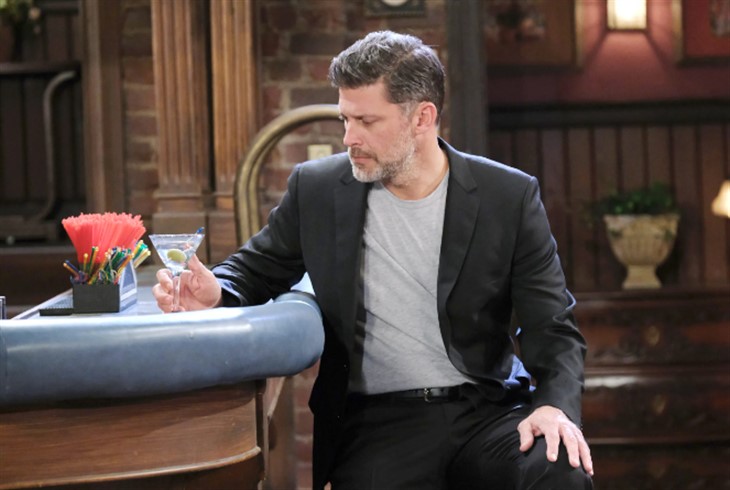 Days of Our Lives spoilers indicate that Eric Brady (Greg Vaughan) will receive stunning news about his job. What is about to happen to Eric’s status as a Basic Black photographer? Has Eric’s job ended before he got started?

Days Of Our Lives spoilers reveal that Eric may have been hired by Nicole Walker (Arianne Zucker) to be a photographer for Basic Black. However, it seems that at some point, Eric goes from being the photographer to being the model. This change puts Eric and Nicole up close and personal. Of course, that also brings up old feelings between Eric and Nicole.

Eric has a girlfriend and Nicole is married to Rafe Hernandez (Galen Gering). Rafe and Jada Hunter (Elia Cantu) recently caught Eric and Nicole in an embrace. Nicole was just comforting Eric because of Marlena Evans’ (Deidre Hall) illness. Eric ended up leaving with Jada and Rafe and Nicole stayed behind. However, both Rafe and Jada are jealous of this connection.

DOOL Spoilers – Eric Brady And Nicole Walker Give In

It seems that Eric and Nicole will give in to their feelings and Jada will show up just in time to see them kissing at Basic Black. Unfortunately, it seems that Jada may be pregnant and hasn’t told Eric because she will pass out in Rafe’s arms. Will Jada be honest with Eric afterward? Will Jada make Rafe promise to keep quiet about what he knows?

Nicole and Eric didn’t get closure when they divorced. However, Nicole went on and married Rafe anyway. Eric and Nicole should have tried to work things out instead of immediately divorcing. Eric was simply too mad when he found out that Nicole had cheated with Xander Cooke (Paul Telfer). Eric didn’t think about the fact that his abandoning his wife is part of what pushed her into another man’s arms.

Days of Our Lives Spoilers – Will Eric Brady And Nicole Walker Reunite?

It seems that Eric and Nicole are realizing a bit too late that they still care for each other. Both Eric and Nicole have significant others to think about. However, it seems that there is a huge secret that may stay hidden because of this. Will Rafe and Jada let their significant others go? Could Rafe even claim to be Jada’s baby’s father to keep the truth from Eric?

Eric and Nicole have been on again and off again for years. Will these two finally decide to stay together or let it go?

Young and Restless Preview: Ashland Terrorizes Victoria at Her Home

Home and Away’s Xavier star now – ‘left for dead’ in motorcycle smash to...