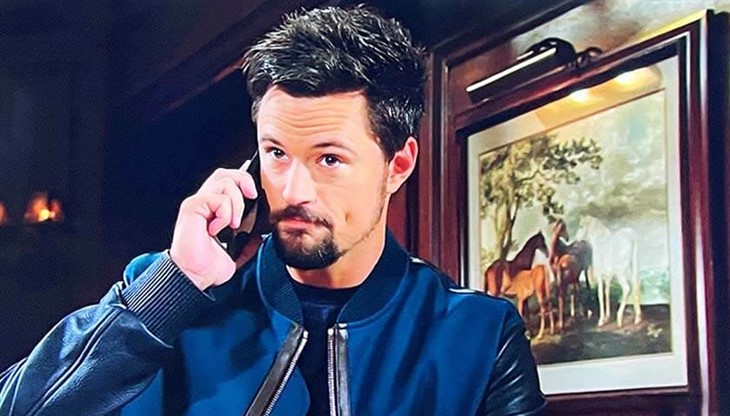 The Bold and The Beautiful spoilers and updates tease that Thomas Forrester (Matthew Atkinson) will have a confession for Hope Spencer (Annika Noelle). Hope and Thomas have seemed to come to a place of mutual healing and trust, and now they are truly co-parents who are becoming closer friends.

The Bold And The Beautiful Spoilers – No Longer Obsessed

Thomas has come a long way from the manipulative and obsessed monster that he once was when he did psycho things like pretending he died in a vat of acid. He would never want his son to be afraid or have nightmares and can’t believe how evil he once was, showing monster holograms in Douglas Forrester’s (Henry Joseph Samiri) bedroom. These are the things that Hope’s mother, Brooke Logan Forrester (Katherine Kelly Lang) still believes he’s capable of – but Hope knows better.

Thomas has told Hope how grateful he is for her belief in him and that he has changed and healed. Perhaps it was that brain aneurysm that caused some of his past psychotic behavior; it could have been growing for a long time.

As for Douglas, he has obviously forgotten the trauma of the past when Daddy was a very sick man; he even was in on the plan to shock Thomas into reality. That was when he faked falling in love with Zoe Buckingham (Kiara Barnes) right up to the moment of the “I do’s” and she, he and Hope tricked him. Thomas left town for a very long time, but it seemed to be a turning point in his eventual recovery, and he did a lot of therapy. He came back to Los Angeles a very changed man and now is embarrassed at some of the stunts that he pulled, and ashamed of himself and his past behavior. And now, he has a confession he wants to make to Hope.

The Bold And The Beautiful Spoilers – Getting Real

Thomas gets real with Hope, and even though she’s already convinced he’s changed and he’s okay, he has a confession to make. Thomas knows that people change when they come to the point of seeking it, not for the approval of others; his mother Taylor Hayes (Krista Allen) taught him that. But he confesses that Hope’s belief in him is a big part of his motivation to stay changed and healed and for that he is thankful.

Everyone needs someone who believes in and encourages him, and even though his mother does, of course, Hope is a good backup. Hope is not quite sure how to take his statement but she is glad that he is staying on a good path.

Be sure to catch up on everything happening with BOLD right now. Come back here often for The Bold and The Beautiful spoilers, news, and updates.

B&B Spoilers: Deacon Gets A Second Chance With Taylor As Ridge And Brooke Reunite