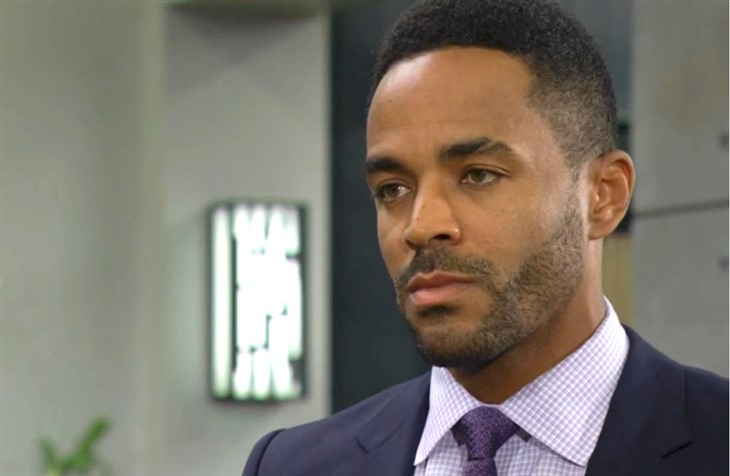 The Young And The Restless Spoilers – Elena Dawson Has Had It

Elena Dawson (Brytni Sarpy) already broke things off with Nate Hastings (Sean Dominic) because she doesn’t like the absolutely arrogant, angry, flippant man he has become of late. That just made Nate even more arrogant and angry and determined to make that deal with Victoria Newman (Amelia Heinle) that would give him control of Chancellor-Winters.

When Elena hears Victoria talking about this deal, she realizes just what Nate is up to and she is determined to put a stop to it. So, she heads over to see Devon Hamilton (Bryton James) to let him know what is going on, but that is when she overhears something else that might make her change her mind.

Ashley Wants Nothing To Do With Tucker

Ashley Abbott (Eileen Davidson) finally agrees to meet with Tucker McCall (Trevor St. John) despite her better judgment and comes out of that meeting determined not to see him again ever. Her first instincts were right. She needs to stay as far away from this man as possible

However, Phyllis Summers (Michelle Stafford) and Nikki Newman (Melody Thomas Scott) have other ideas. With Tucker having a connection to Diane Jenkins (Susan Walters), Ashley could get information out of her. Wasn’t Ashley just as determined as they were to make Jack Abbott (Peter Bergman) see the light a few months ago? Will they manage to convince her to see Tucker again and use his interest in her to their advantage?

It looks as if Chelsea Lawson (Melissa Claire Egan) may be unraveling again. Her determination to get to know Johnny Abbott is bordering on obsession as she pursues the boy. Victoria and Billy Abbott (Jason Thompson) are going to have to put a stop to this soon. In addition, Billy makes a decision about his future once again.

Finally, Nick Newman (Joshua Morrow) thinks he really does want Sally Spectra (Courtney Hope) to be his girlfriend, but she might not be so sure about that. Maybe she should give Adam Newman (Mark Grossman) another look again after all. Stay tuned to The Young and the Restless weekdays to see how these stories play out.

How Home and Away veteran Ray Meagher’s career played a huge role in his...

Deacon Won’t Fall In Love With Sheila. Bold and Beautiful