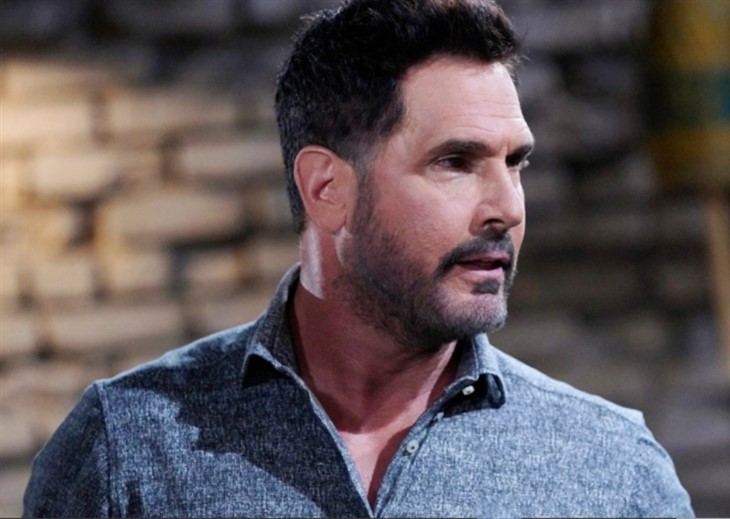 The Bold and the Beautiful spoilers reveal Bill Spencer (Don Diamont) has been pretty lonely since his split from Katie Logan (Heather Tom). We know he was trying to romance Li Finnegan (Naomi Matsuda) after rescuing her from the wrath of Sheila Carter (Kimberlin Brown). They have formed a deep friendship and have grown rather close in the past few months but “Dollar” Bill doesn’t seem to be the settling down type unless it is with one woman from his past.

The Bold And The Beautiful Spoilers – About Brooke Logan

B&B spoilers reveal that Brooke Logan (Katherine Kelly Lang) is a woman that he is still in love with. Bill wishes he could sweep away from her husband, Brooke Logan (Katherine Kelly Lang), will be someone that Bill will always have deep-seated feelings for now that things look grim for her and Ridge Forrester (Thorsten Kaye) could he try to win her back?

Bill is definitely a charming attractive man so I can see why so many women in L.A. have fallen for him. Bad to the bone with a heart of gold he deserves to find happiness too. I just wonder how true his feelings for Brooke are and how much of it is a dig at Ridge Forrester.

The former couple could pair up as an act to get under RIdge’s skin which could end up with him in a fight with Taylor Hayes (Krista Allen) over who really owns his heart. Sparks could fly with them though you can feel the chemistry they have with each other and they do end up back in love and happy together. She will succeed at getting to Ridge, and she will have a man who adores her… for now.

The Bold And The Beautiful Spoilers – About Li Finnegan

The Bold and the Beautiful spoilers reveal that I am a girl all about change and I really think that Bill should pair up with Li. This could potentially be a good storyline to get Steffy Forrester (Jacqueline MacInnes Wood) and Dr. John “Finn” Finnegan to be involved with. This could be a test of how strong their marriage is since Steffy and Bill were at one time an item.

Will this cause tension and friction between the couple because Finn sees that Steffy may still have feelings for Bill? How will Finn feel about his mother dating a man his wife was involved with at one point?

I would love to see the dynamic of this couple. I think that Bill would treat Li very well and I think that Finn would accept it. He knows how his dad betrayed his mother and lies about Finn’s paternity so when he sees that Bill actually cares will that change his mind?

Brooke and Bill reuniting with each other will only end in heartache. I am sure that even though she has had many different spouses through the years, one thing that is known is that Brooke’s true love is actually Ridge and no matter what her heart will always belong to him.

Just like Taylor, Bill deserves to be happy as well and even though there is chemistry and history between the two, Li is a breath of fresh air that Bill needs to clear his mind of Brooke.

Days of our Lives Alum Kristian Alfonso Celebrates Her Birthday

The Young And The Restless (Y&R) Weekly Spoilers: Betrayal, Guilt and Ploys

The Young and the Restless Spoilers: 3 Must-See Moments For The Week Of November...