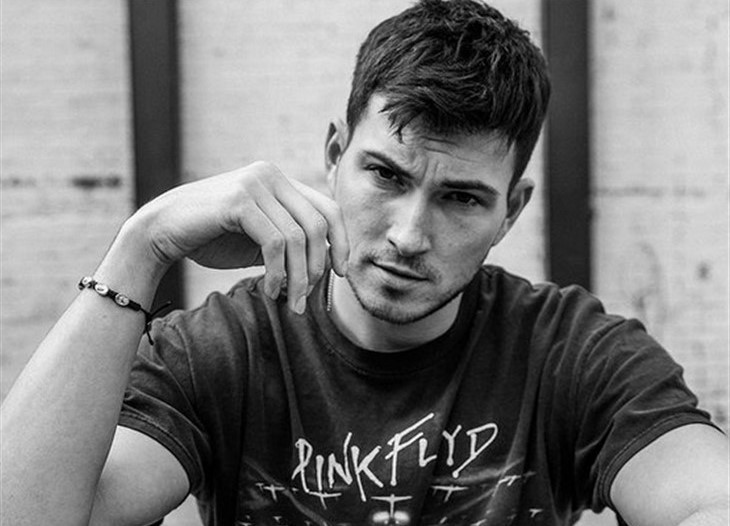 Days of Our Lives spoilers indicate that Robert Scott Wilson is enjoying his new character Alex Kiriakis. However, Rob’s family members are giving him mixed messages. Rob’s mom questions Alex’s tendency to sleep with every woman around. Rob’s dad finds it all funny and texts him quite often. Rob’s girlfriend tells him Alex needs therapy. What does Rob think about his alter ego?

Days Of Our Lives spoilers reveal that Rob loves playing a character that is no longer black and white. Ben Weston left town as a happily married man and proud father. Alex is the polar opposite of Ben. Alex has been trying to bed every woman he meets while having no intention of settling down. Alex loves his tight trunk, his bright colors, and his colorful women, even wanting to tackle them in pairs.

Rob says they created this character, gave him a little background, and turned him loose. Rob says he was handed a new contract before the first time Alex aired. Wilson says it was obvious that what fans and producers see, they really like. Wilson was concerned when fans began demanding that Ben come back. However, fans seem to be warming up to Alex.

Wilson says he loves his new family. Working with Wally Kurth (Justin Kiriakis), Judi Evans (Bonnie Kiriakis), and Zack Tinker (Sonny Kiriakis) made this transition very easy. Rob finds this new role to be light and refreshing compared to his years as Ben. Wilson says he couldn’t have a better onscreen family and they all have fun.

Wilson says they are finally going to start peeling away the layers of Alex. The playboy is going to slow down and change his wild and playful ways. Alex is convinced that Stephanie Johnson (Abigail Klein) is the love of his life. However, it’s not like their relationship will go smoothly.

Robert says he met his real-life girlfriend, Terann Hilow while on vacation in Texas visiting his father. Terann resided in Houston while Wilson is in L.A. Wilson says he had no intention of being in a relationship at the time. Wilson says they did the long-distance thing for a while but now she is living with him in L.A. and they are looking forward to the next chapter.

While both Wilson’s onscreen and offscreen love life are progressing, he is looking forward to what comes next. Wilson still finds it hard to believe that he has been on Days of Our Lives for 8 years now. Wilson says they make sure he’s happy at Days and he makes sure he’s prepared for them. Rob says as long as it’s fun and he enjoys his work, he will be there. Wilson admits that having this new role is a blessing.

A breakdown, a love triangle and a stalker: 8 huge Home and Away spoilers