One Genoa City resident’s words may lead to a twist they never saw coming.

If you thought it was bad when Sally and Chelsea were clashing over their design business on Young & Restless, just wait until they go toe-to-toe over Adam and others get involved!

The two exchanged tense words over their black sheep ex last week, with Chelsea down-playing Sally’s connection to Adam, which was brief in comparison to her long and complicated past with the man. Sally countered that she and Adam shared a deep bond, while Chelsea pointed out that she and the Newman share a child together.

Sally appears ready to move on from Adam, especially after he played on her emotions while trying to convince her to publish the dirt on Victor, but in a candid conversation with Nick, admitted that part of her still has feelings for him. Nick advised her she’d be better off without his brother — a mantra she’s heard pretty much non-stop since she got involved with him. The two of them had a little chat about life and did some bonding of their own. 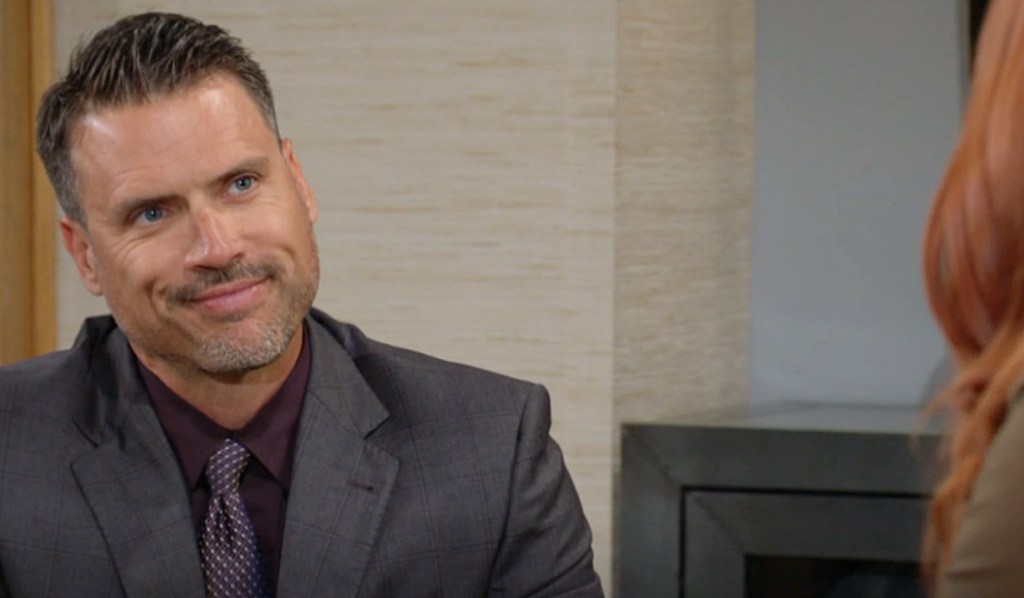 After leaving the office and Nick, Sally happened upon a stunning sight — Adam and Chelsea sharing an embrace in the park. The pair had just opened up to one another about the difficulties in their lives and Adam had vowed to always be there for the mother of his child. Sally, unfortunately, got an eyeful of the part after Adam put his arm around Chelsea, who then pulled him into a hug and smiled with satisfaction as she savored it. 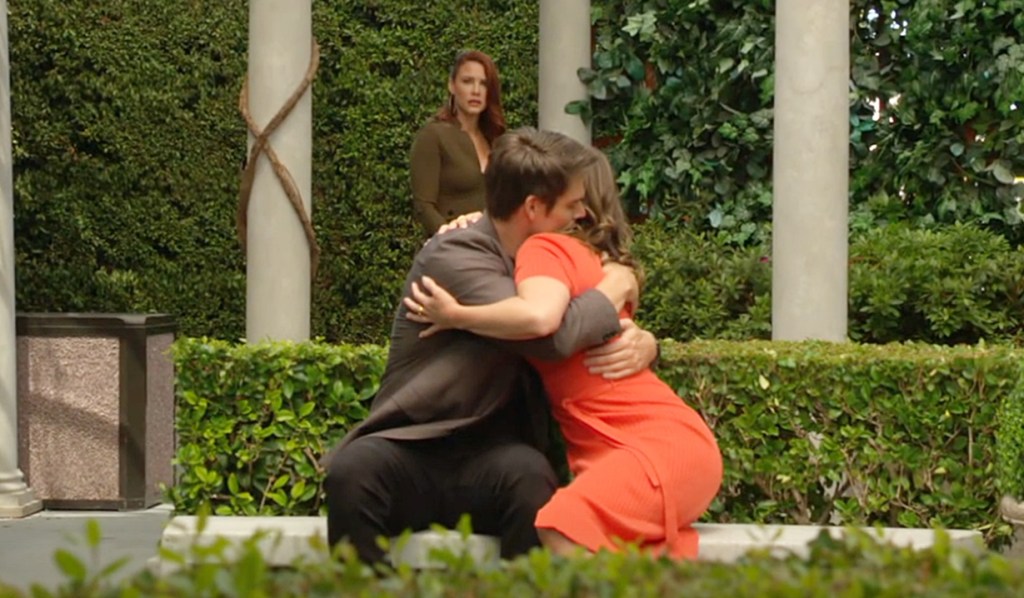 As it turns out, that’s just the tip of this particular iceberg… Chelsea and Adam will take their commiseration session on the road, per SOD, and wind up at Crimson Lights, where the exes will continue to huddle in close quarters, much to Sally’s chagrin.

Demonstrating why she once put the “Bold” in Bold & Beautiful before her move to Genoa City, Sally decides to deal with the matter head on and approaches their table. Hoping to baffle them with BS perhaps, she puts on a polite front, which, needless to say, doesn’t last.

More: Review Sally’s past in photos

The fireworks begin after Adam leaves. Sally confronts Chelsea and accuses her of “not wasting any time” moving in on their mutual ex. 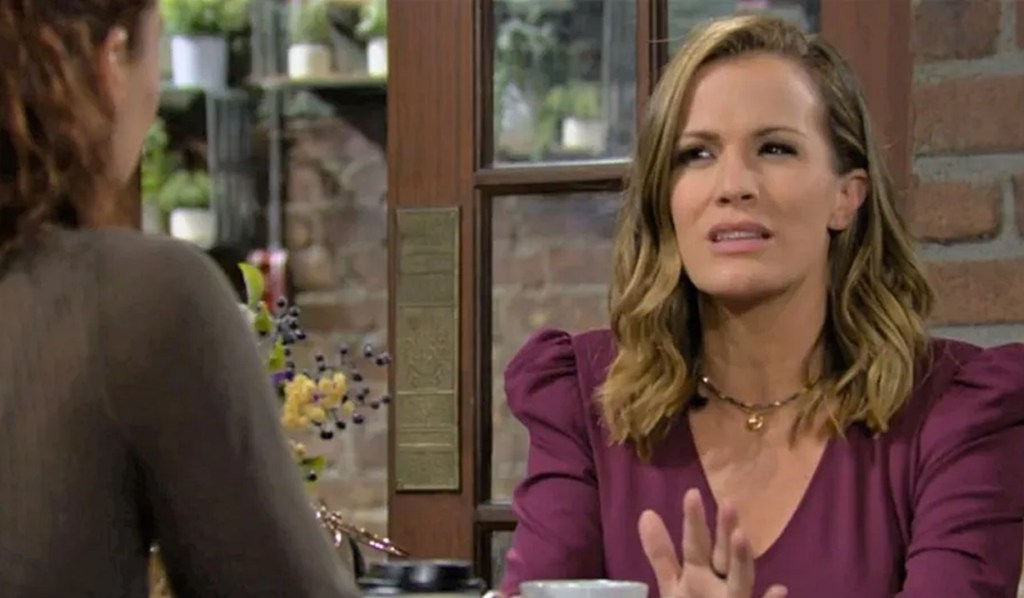 Young & Restless spoilers tease that Chelsea will give Sally a history lesson, and double-down on her view that Sally’s short-lived romance with Adam simply can’t compare with their past — a take that infuriates Sally, who will publicly lose it on Lawson.

After the explosion, Chelsea moves on and receives some “words of encouragement” from Chance, while an embarrassed Sally learns Sharon witnessed the scene between her and Chelsea. The coffee maven then does what she does best — offers advice.

It’s hard to imagine Sharon urging the redhead to keep trying with Adam, given how he’s treated her and the dangerous game he’s playing right now. If she urges her to focus on her career and move on, Sally may do just that — with the man who has been her champion at work and recently become her confidant. 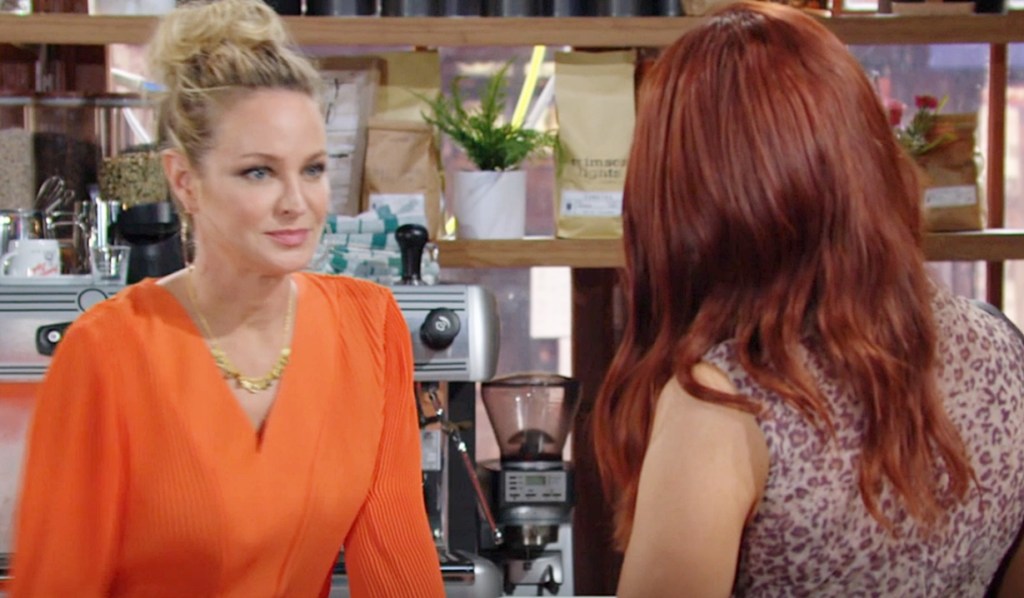 The irony is that Sharon may not realize how attached she’s become to Nick until she sees him with someone else… and she’ll have to live with the knowledge that she single-handedly sent Sally down the path that led to them getting together.

Nick’s portrayer, Joshua Morrow, revealed, “Nick is intrigued by Sally,” and of the next chapter in his alter-ego’s life, teased, “It’s got the potential to be messy.”

It sure sounds like Sally is going to rebound right into her colleague Nick’s arms and we’re all for it. What’s soapier than two brothers battling over the same woman?!? Let us know your thoughts in the comment section.

Look back on Sally and Adam’s love story in the gallery below.

Home and Away NEW PROMO The biggest thing to hit the bay since the...

Home and Away spoilers: Nicolas Cartwright reveals major death drama for Cash: ‘This is...