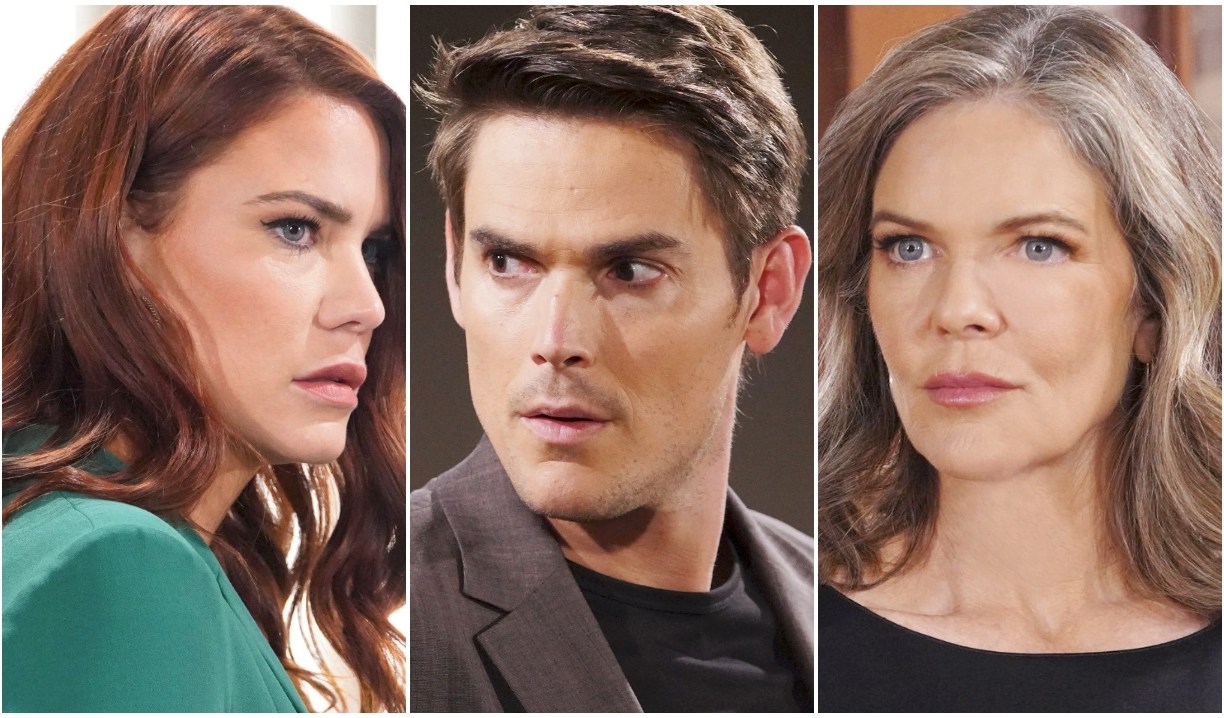 Young & Restless put out an entire week’s worth of episodes almost exclusively featuring characters discussing Ashland’s death, so here’s hoping it’s all leading to something big. Thoughts on the week:

Ugh… So, Chance didn’t have an angle when he closed the Ashland case (such as getting Nick to confess), he just folded. Enter Adam, the proverbial dog with the bone, who as predicted, got his hands on the evidence and became a problematic wild card needing to be dealt with. In a rather unbelievable twist, Adam’s thug was easily able to hack into computer guru Kevin’s laptop and access the confidential police file. Adam instantly figured out Victor’s role and then his big plan was… to have Chance lay charges, or failing that, have Sally publish it?!? To what end? Putting dear old dad behind bars and getting Chance fired? At least if he’d wanted to take back power at Newman, as lame as it would have been, it would have made sense. All of that aside, the biggest problem with the Adam vendetta plot is that it’s a tired theme. That said, I did enjoy watching Adam manipulate Nick when he and Victor confronted him at Society.

Adam and Sally’s emotional scenes were excellent as he finally admitted why he dumped her, but his plan to have her expose Victor backfired completely and left her more aligned with the Newmans than ever before. Though she went to Victoria with the information, it remains to be seen if she’ll be willing to participate in a scheme against her ex.

Scheme or no scheme, that very hurt part of Sally is about to get even more wounded when she clashes with Chelsea, who is currently huddled with Adam in the park. Given that Nick has been such a support to Sally at work and seems to have a soft spot for her, why not capitalize on their chemistry and have her take revenge on Adam — subconsciously of course — by sleeping with his brother? Nothing would get to him more, honestly, and it’s the juiciest drama within reach on this soap right now.

Diane had a rough go of it at work this week, what with Jack chastising her for running everything by him and Kyle seeing her visits to the CEO’s office for what they were and calling her out on it. Taking in the scene, Jack then chastised his son for being protective. “I can look after myself,” he huffed. No, actually, you can’t Jack! Has there ever been a more hopeless character when it comes to repeatedly falling for the wrong people?!?

Anyway, Young & Restless is set to take things up a notch in Diane’s story as the Talia Morgan exposé hits the stands. If the journalist hasn’t uncovered anything new, this is totally going to backfire. It’s the worst kept secret in Genoa City that Phyllis and Nikki met with Morgan and are the ones behind the story — so they’re going to look like mean girls while Diane plays the victim to Kyle, Summer, and Jack. What would be ideal is if this move actually triggers Diane’s dark side (if she reacts true to character it should) so that we can get some drama in this plot beyond spats in the park.

In related commentary, Phyllis leaving the hotel this week was a moment. It’s not often she lets her guard down emotionally and we got just a peek at her vulnerability. It also helps us to understand how high the stakes are, and how far she’s willing to go to get rid of Diane.

Oh, Chelsea… kissing Billy, really?!? She’s a total loose cannon right now, which is just how I like her. Who knows what’s coming next with her — there’s still the sense that the writers don’t know quite what to do with her — or more to the point, which man to have her pursue. Will she continue to go after Billy following the embarrassing misstep (or will he come back into her orbit when the COO gig sours, as we know it will)? Will she circle her wagons around the newly available Adam? Will she set her sights on someone entirely different? She shares scenes with Chance this coming week and he and Abby are due for a falling out… so maybe?!?

If the kiss is all that comes of Chelsea and Billy, I’ll be disappointed. If only because the writers always seem to pull back from opportunities for bigger drama.

Devon and Nate squabbling back and forth over stuff we don’t care about, with Lily acting as the world’s worst mediator, is growing more tired by the episode. I’m more intrigued to know what Imani’s going to talk Nate into doing and to see whether or not we can somehow get a scandal out of it. This soap needs some soap opera… desperately.

This is just my opinion. Feel free to join the conversation below.

Review photos of Yellowstone stars and their real-life partners in the gallery below.

10 huge Home and Away spoilers for next week