It’s business as usual in Soaps.com’s latest The Young and the Restless spoilers for Monday, August 29, through Friday, September 2. Victor engages in his favorite pastime (antagonizing his children), Phyllis pulls a total Phyllis (scoring a minor victory that’s likely to result in a major loss), and Jack breaks the only kind of news that anyone in Genoa City ever does (the bad kind!). Read on, and we’ll go over the details of these teasers and more!

In Friday’s recap, Sally learns the truth, Nick and Victor confront Adam, and Billy makes a confession to Lily. 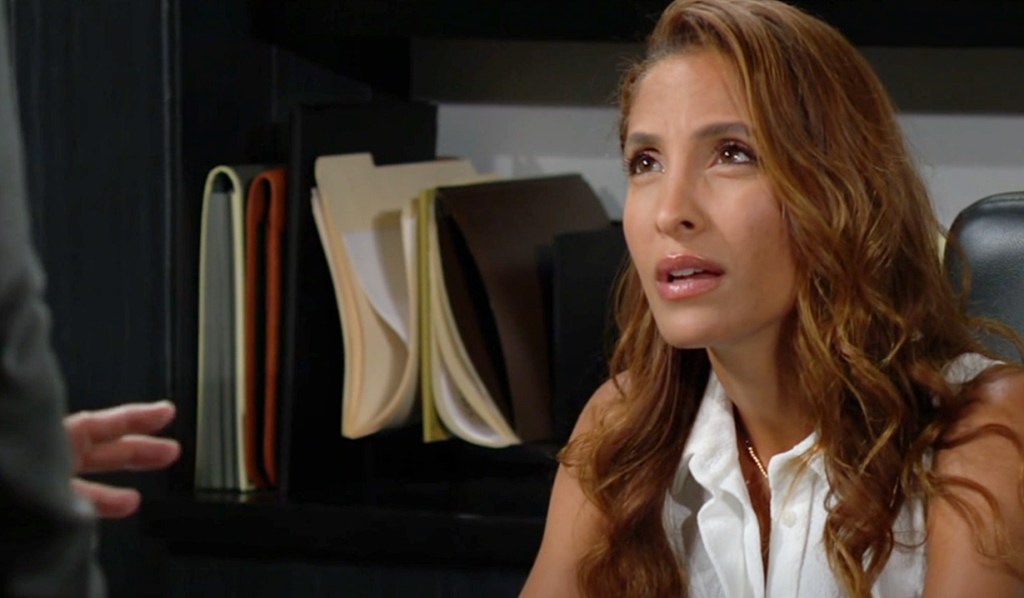 Don’t mess with Victoria, mmkay? ’Cause if you do, she’ll do exactly what she does today and strike back. You won’t like that.

Things are gonna get chilly over at Chancellor-Winters when Nate steals the spotlight. Will he finally go so far that Devon and Lily consider dropping a pink slip on his desk?

Aha. So Chelsea’s bold move must be toward Billy, because now she’s getting mixed signals from him. Word to the wise, Billy Boy: You can have your cake, or you can eat it, but ya can’t do both!

Y&R Restless Rant! Hot topics: Sally takes her revenge on Adam, Diane is triggered, what’s next for Chelsea and more.

Since Diane returned from the dead, things have been going her way for the most part. She’s tight with Jack, hanging with Summer, working for Kyle… But all that could change as Nikki and Phyllis find a way to turn the tables on their shared nemesis.

When Nick points Sally in the right direction, we only wish it was in the direction of his bedroom, because a quadrangle with them, Adam and Sharon would be deliciously messy!

The spoiler reads that Traci gives Jack the third degree. But she’s so good at questioning her siblings at this point, it might actually turn out to be the fourth or fifth degree.

Yellowstone photos: Their on-screen romances may light up the Montana skies, but off screen, the sun rises and sets on the stars’ real-life loves. Meet the partners that are saddled up with some of your favorite stars!

It’s a little late for this if you ask us. Nonetheless, Victor prepares to deal with Adam’s dark side. “Hello, Genoa City Hardware? I’d like to order your brightest flashlight!”

Uh-oh. This is how solid marriages start to crumble: Chance breaks a promise to Abby. And you just know that she isn’t going to take that any better than Daddy takes being lied to.

When Chelsea gives Sally a history lesson, dare we hope that the redhead is being schooled in Nick’s past… as a precursor to sparks flying between them in the future?

Amelia Heinle and Michelle Stafford tease a major event in Genoa City — plus, why their daughters should be scared… very scared

Jack makes a shocking decision. After weeks of saying that it’s over, over, so totally over between him and Phyllis, maybe he’s finally ready to forgive the love of his life?

Get comfortable, Allie. When Noah opens up to her about his past, she could be there awhile.

Careful, Chance. Giving Chelsea some words of encouragement could make Abby’s husband the next in line to be the newest object of the podcaster’s obsession.

Phyllis settling a debt translates to us as the conniver lowering the boom on her rival, Diane. Of course, doing so would undo any goodwill that Phyllis has generated with Jack. One step forward, two steps back!

It’s always electric anytime Chloe gets in Adam’s face, so we’re expecting a good time when she challenges the black sheep of the Newman family. Mind you, even that bit of excitement will likely pale in comparison to what happens when…

Diane confronts Talia Morgan about her exposé. Somehow, we doubt that the face-off will end in the women‘s agreement that “We’ll all laugh about this someday.”

It being a day of the week that ends in “day,” Victor questions Nick’s judgment. Way to make the guy glad that he returned to the family business, Pops!

For so long, Nikki and Phyllis have felt powerless to strike back at Diane. But at last, the unlikely tag team is able to celebrate a win. But at what cost?

When Kyle receives unsettling news from Jack, we have a hunch that it will be in regard to the exposé. Will the Marchetti exec feel compelled to fire his mother-in-law?

Intrigued by the couplings on The Young and the Restless? Wait till you meet the real-life significant others of the stars of primetime’s hottest soap, Yellowstone. They’re all in the below photo gallery.

The Young and the Restless’ Robert Newman Is Leaving as Ashland Locke Is Killed...

Is Thomas Ready To Be A Full-Time Dad On The Bold And The Beautiful?

6 Neighbours finale spoilers: Will Ramsay Street bow out with a happy ever after?

Was Thomas Forrester Truly Being Threatening to Brooke on B&B?