At the mansion, Maggie bursts into Alex’s bedroom to invite him to dinner downstairs. She finds a scantily clad woman in his bed and Alex crawling out from under the sheets. Flustered, Maggie watches as they get dressed. Alex calls the woman the wrong name, but she still gives him her number before leaving. Maggie can’t believe the woman’s low standards. Alex smirks and says he’s good at what he does.

Downstairs, Alex joins Maggie and Victor, as the latter gets caught up on his grandnephew’s antics. After Maggie leaves to check on dinner, Victor snarks that Alex reminds him of Justin at his age — which is not a compliment. He also assumes he wants Sonny’s job. He knows Alex is the one who swiped the company out from under his brother, not Gabi.

More: How to watch Days starting this fall 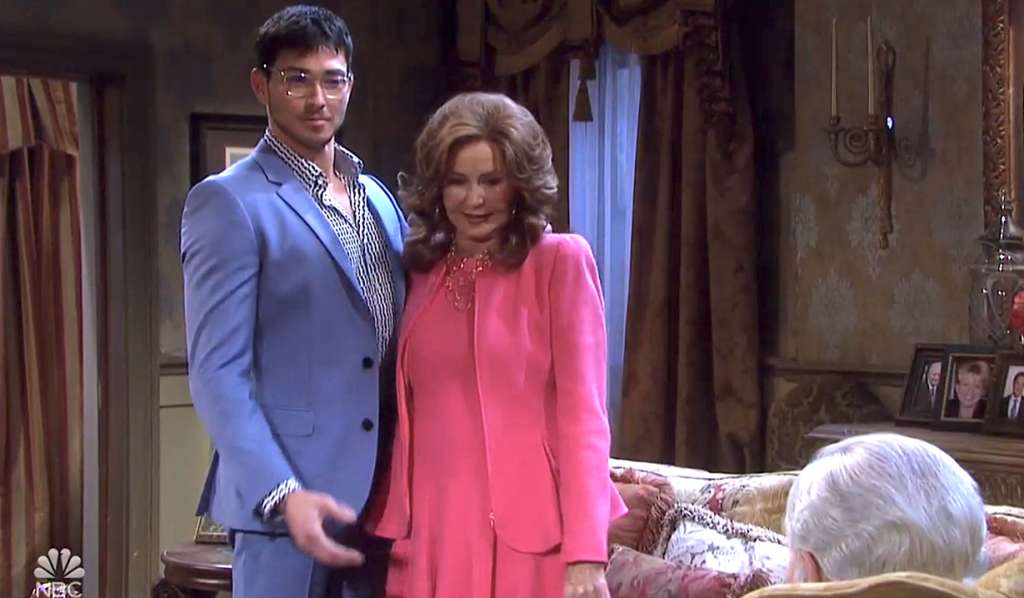 Alex admits it, but he only did it to help Sonny out. He knew Sonny was going to get taken with his proposal. So, he bought the company to flip it back to Titan at the terms Sonny should have gotten from the beginning. Victor agrees not to tell anyone because no one would trust him if they knew. However, Alex will now be his fixer. He’ll work under Sonny and report back to him, which is the arrangement Victor assumes Alex wanted in the first place.

At home, Allie and Chanel have a glass of wine and kiss on the couch. Allie asks if Chanel really picked her. Chanel confirms, but declares Allie picked her too. Allie’s happy, but she feels bad for Johnny. It’s not what Chanel wanted, but no matter what, someone was going to get hurt. They kiss again as someone knocks on the door. Allie opens it to Lucas.

More: The message Days should be sending to fans 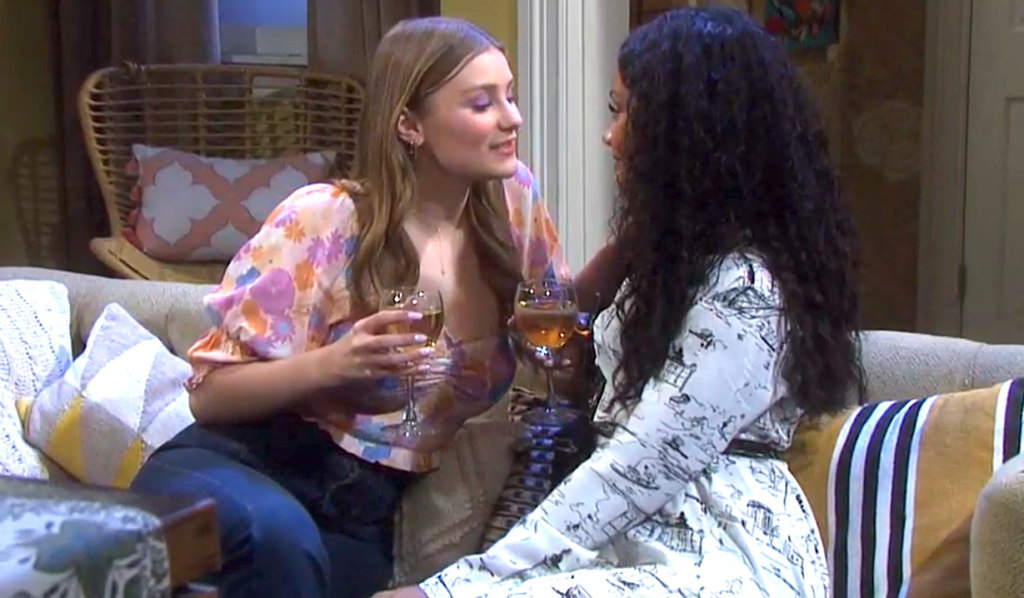 Lucas explains he’s out on bail because they didn’t have enough evidence to hold him for Abigail’s murder. Allie wonders, what about kidnapping her mother? She wants him gone, but Chanel encourages her to talk to her father and leaves.

Lucas declares he’s not there to ask for forgiveness, but to tell Allie he didn’t kill Abigail. She believes him, but she will never forgive him for kidnapping her mother. Her eyes are finally opened to who he really is. He asks how he can make it up to her, but she needs him to show her it’s possible he can be different.

More: Is Days slyly setting up its next supercouple? 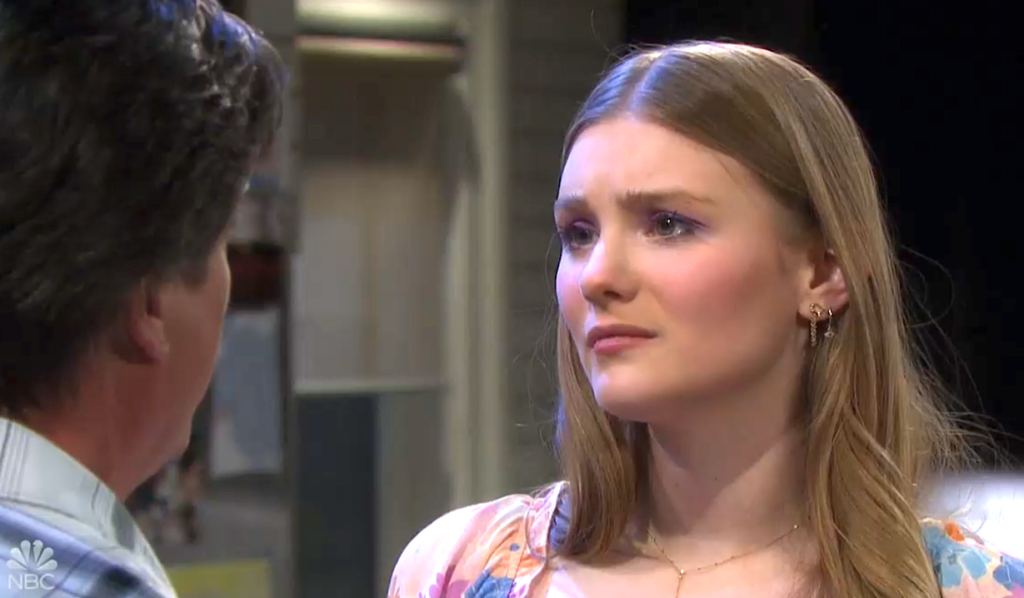 In the Square, Johnny laments his heartbreak to Paulina over drinks. Paulina truly believed he could make her daughter happy. He suggests they figure out a way to make that happen. Paulina reminds him Chanel made her decision. It’s done. Johnny counters they just need a plan. He implores her to help him. Against her better judgment, Paulina agrees, but declares they can’t hurt Allie. Chanel overhears and yells at them before storming off.

More: The love triangle on the verge of exploding 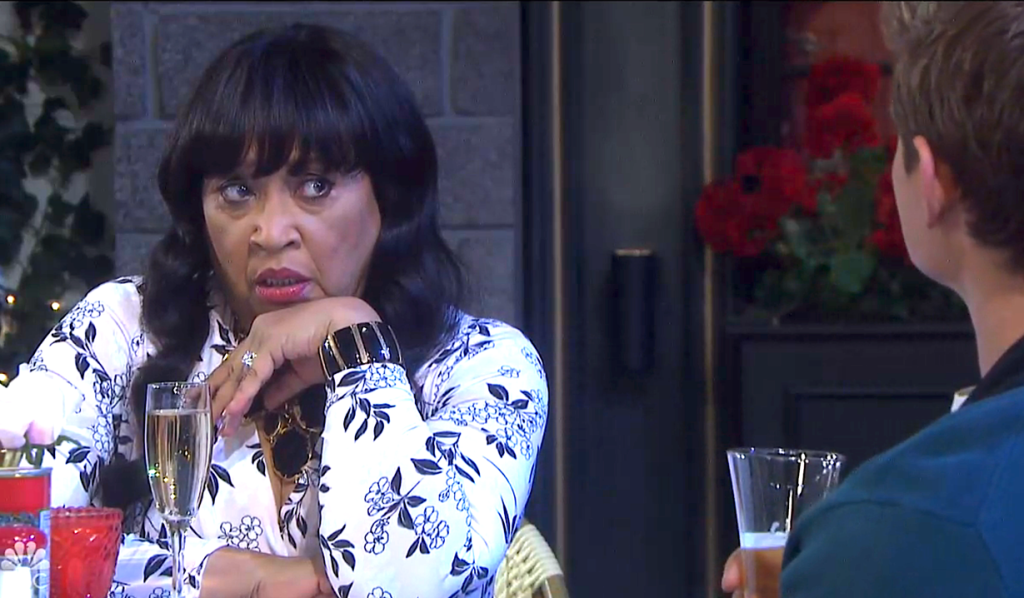 An apologetic Paulina follows Chanel to outside the Pub. Chanel can’t believe her mother’s plotting behind her back. Paulina was just worried she didn’t make the right choice. Chanel is aghast that this is about picking the girl over the boy. Paulina tries to deny, but Chanel accuses her of wanting her in a “traditional” relationship. After more failed attempts at denial, Paulina admits it. Chanel declares she can have all the things Paulina wants for her with Allie. Chanel doesn’t want to lose her mother though. Paulina promises she won’t and embraces her.

Paulina returns to Johnny to tell him Chanel is happy with Allie and that’s that. Meanwhile, Allie tells Chanel her father made a decision, as Lucas calls someone about changing his plea in the kidnapping case back to guilty. 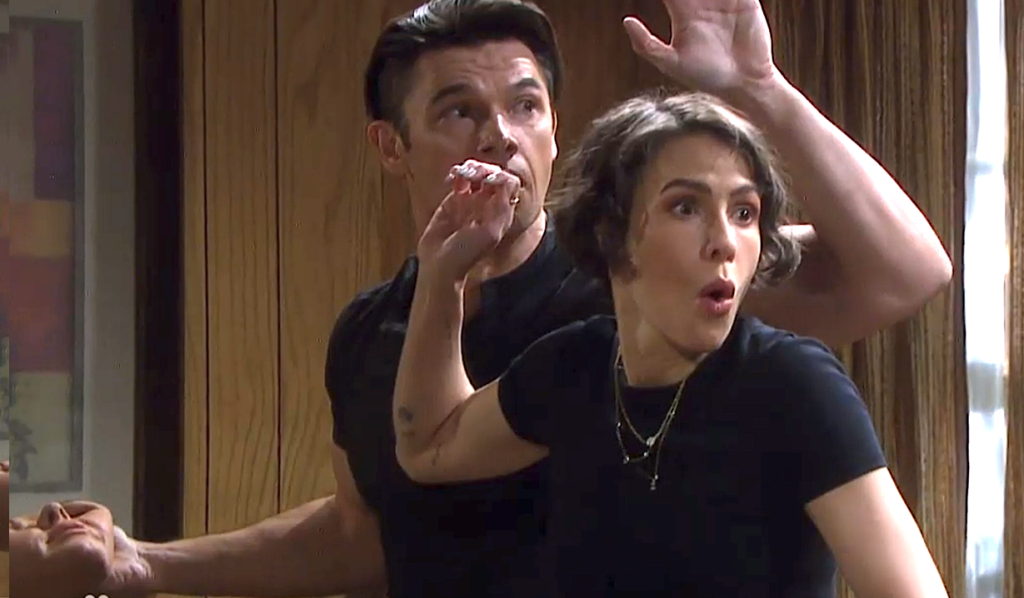 Xander and Sarah knock on Gwen’s motel room door. When she doesn’t answer, he picks the lock, and they search her room. He finds the mask in her suitcase. As they’re about to high-five, they hear her rattle keys in the hallway. Gwen enters and picks up her mask. She says she has to get rid of it and leaves. Xander and Sarah exit the bathroom.

In an alley with the mask, Gwen says, “Now that Sarah has an alibi, this thing has to disappear. So that no one finds out what I did.” She tosses the mask in a dumpster and hurries away.

Later, Xander and Sarah find the dumpster and deduce Gwen was there. Despite the smell and Xander’s aversion, Sarah jumps in to dig for the mask. When she has no luck, Xander jumps in. He’s unsuccessful as well and suggests they tell the cops what they know. Sarah thinks all that will do is tip Gwen off. They need to keep her believing the mask is gone if they’re going to nail her.

More: Will [Spoiler] pose a threat to ‘Xarah’ next?

After Gwen returns to her room, Leo shows up with food. From a bag, he pulls out chowder, biscuits… and the mask. Gwen tries to play dumb, but Leo saw her at the dumpster. He pleads with her to tell him the truth about the night Abigail was killed. She insists there’s nothing to tell. However, she does take the mask back before he leaves.

After showering together in their hotel room, Xander and Sarah plan to get proof from Statesville that Gwen temporarily escaped.

Next on Days of Our Lives: Brady distracts Chloe, and Shawn gets a new partner.

Beginning September 12, Days of Our Lives will be airing exclusively on Peacock. To make sure you never miss an episode, click here.

Find out how the love lives of fashion’s elite are faring on The Bold and the Beautiful in the photo gallery below.

Home and Away stars respond to latest character exit

Days of Our Lives’ Carson Boatman: Who Is He Married To? Wife Julana

Home and Away spoilers: WHO falls into the Parata pool?