Does anyone else feel like The Young and the Restless really missed out on an opportunity with Diane and Ashland? Whenever we saw the two of them together, they just fit so well. They understood each other, they connected over their shady pasts and they bonded over their separations from their sons and their family difficulties.

Plus, every time we saw them together, we couldn’t help but think: Wow, they’d make one heckuva good scheme team.

Alas, it just wasn’t meant to be… Or was it? 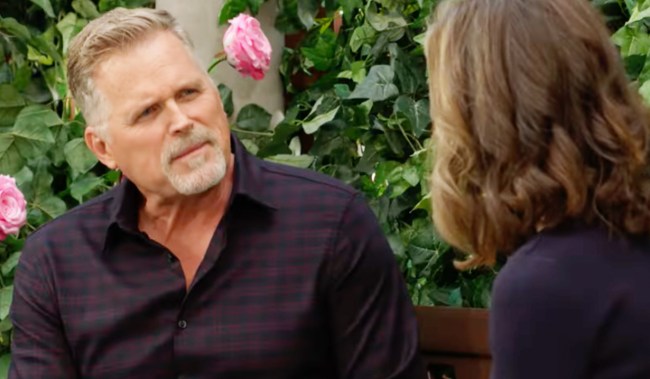 “So you’re saying everyone does this fake death thing?”

Ashland, after all is just too good of a character to have killed off — at least in theory! Yes, his potential was largely squandered with a long, slow character assassination, but that doesn’t mean he couldn’t be reset to become the powerful rival to the both the Newman and Abbott clans that he had seemed destined for.

And who better to help him in that, than Diane, the woman who loved both Jack and Victor, who has grievances with virtually everyone in town? We all know she isn’t reformed. We all know she’s got a thing or two up her sleeve, a motive we may not quite be seeing just yet.

So what if she and Ashland did start scheming together? What if he isn’t truly dead, but Diane helped him to fake his death?

She could use her real estate connections to set him up somewhere far away from Genoa City and give him a chance to recoup mentally and emotionally and pull himself back together. He could marshal his resources and, while he’s doing that, the show could give him and his uneven storyline time to cool off so they could bring him back, reset to the villainous titan of industry we’d thought we were going to be getting way back when he first appeared.

He and Diane could be working together the entire time he’s offscreen to come after the Newman empire in, metaphorical guns ablazing. After all, she was always was drawn to powerful men, and if they could somehow pull off an upset of that magnitude, Ashland would be the most powerful man in Genoa City.

But that wouldn’t necessarily be Diane’s only reason for helping Ashland. We couldn’t help but notice how convenient it was that she just happened to be in the right place at the right time with the perfect things to say to Harrison to help explain what happened to his other dad. That helped make huge inroads with Kyle. Tragedy always brings family closer together. 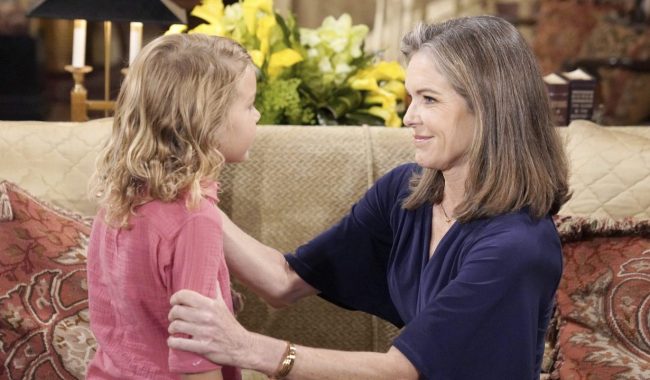 “Don’t worry, Harrison, I’ve got you. Sometimes mommies and daddies just die for a decade or two.”

Sure, telling Harrison that his other daddy’s dead while knowing it’s a lie would be downright cruel and cold… but this is Diane. She faked her own death with her kid, would anyone really be shocked if she essentially did the same thing to her grandkid?

So what do you think? Was Ashland too good a character (in theory) to waste? Could Diane have helped him pull a, well, Diane?

Abigail Klein as Days of our Lives’ Stephanie

Home and Away Spoilers – Romance for Nikau and new arrival...