Days of Our Lives:.All you need is love. And good story.

Well, we called it right. Jake is dead and his and Ava’s grand romance has died with it. OK, that last part we did not call, but that seems to be what Days of Our Lives is trying to tell us happened! The problem is, they never really showed it.

That’s not to say the two didn’t fit well together — they really did. They both had those rough, mobster edges that really made them perfect for each other and there was a comfort to the two characters in their scenes together that held so much promise. But it still didn’t work right.

Ava moved in with Jake, they slept together, vanished for a while, then suddenly they were in domestic bliss, and he was proposing to her and declaring his undying love. Tamara Braun delivered a great performance as Ava came to grips with Jake being shot in front of her, but even great actors need enough material to work with. In this case, this supposedly great love feels like it just got shoehorned in at the last moment to make us care more about Jake’s death. 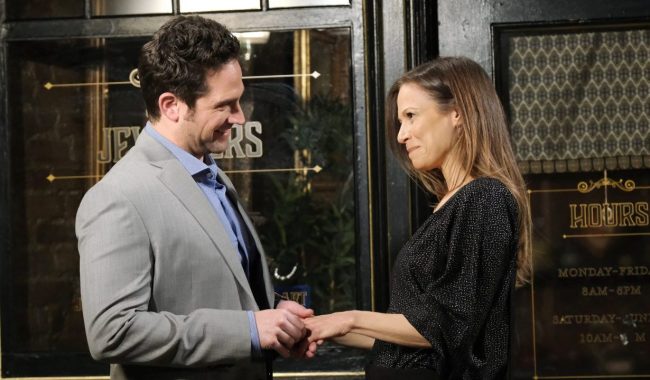 It doesn’t get much more serious than the public hand massage portion of the relationship.

And that seems to be happening a lot lately.

So many of the relationships on Days of Our Lives come across as little more than plot points getting us to the next part of the story. Yes, happy, boring relationship are a death knell for couples, but that doesn’t mean the building of their love part can be skipped.

Xander and Sarah? They just pulled a Sami and Lucas, except they don’t have the excuse that one of the actors wasn’t available for an extended run like with Alison Sweeney! Both couples reunited, only to disappear for long stretches of time. Both weddings came out of nowhere and went nowhere. With Sami, it was tough to understand why she was marrying Lucas because all they did was talk about being in love after traveling the world. We didn’t see it.

In Xander and Sarah’s case, the only time they popped up before the wedding was when the show needed Sarah to look like a suspect in Abigail’s murder. Other than that, they mostly seemed to be missing until Gwen’s release. 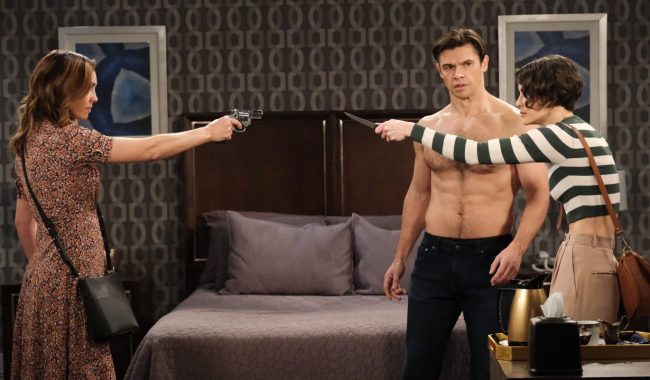 Xander seriously started reconsidering his priorities when he realized Sarah didn’t even know enough not to bring a knife to a gun fight.

Now that that’s happened, it looks like they’re going to be playing into the love triangle. That’s all well and good, but it would have been a much stronger place to start from if we’d gotten used to seeing Xander and Sarah together and loving again. Gwen’s reappearance would have felt more like a shakeup to the status quo and would have really gotten us in our feels.

A Marriage of Plot Convenience

Then there’s Nicole. Yeah, it’s easy to buy that she and Eric are pining for each other. To start with, they have a long, rich history together, which this latest complication builds off of. But on top of that, the two of them get more screen time than Nicole and Rafe — her husband! 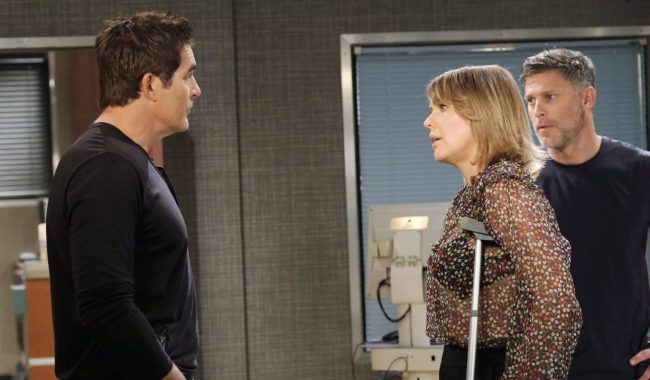 “Rafe, my love for you is as strong as my ankle right now.”

Fine, we’re supposed to cheer for Nicole and Eric. But how much better of a story would it be if we actually believed she was torn between two men and not just going through the motions with one of them because the plot dictates it? Rafe and Nicole have been duds ever since their affair ended and their relationship began. And their wedding wasn’t just out of the blue, it was off the screen! Them still being together is more annoying than impactful.

Barely Even a Fling

Gabi and Li? Back when he was alive, Jake mentioned how hot and heavy they’d gotten — something we’ve hardly seen. And there’s likely a reason for that. Sonny’s talk with Gabi earlier in the week made it clear that she was just having fun, since Stefan was the only man she’d ever loved. (Someone better tell poor Li that.) The problem is, they haven’t even done too much to make us believe Gabi’s having all that much fun.

But with Jake’s death and Dr. Rolf’s return, we have a sneaking suspicion Stefan will be making his way back to life, one way or another. Li seems more like a way to give Gabi something to do until then. If they try want to try bringing Stefan back and building any tension between him and Li, the show’s got a lot more work to do — which isn’t impossible! 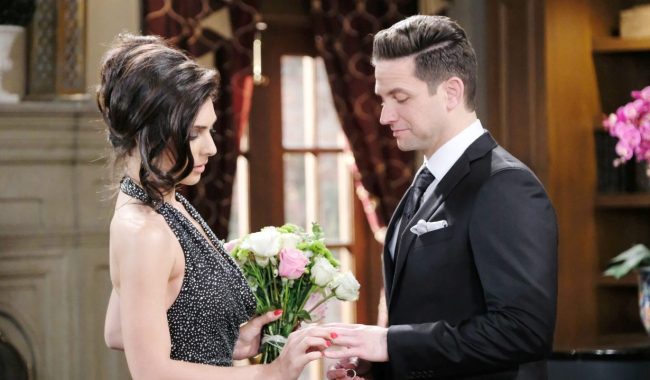 Have the last couple years really just been waiting around for Stefan’s return?

For one thing, it’s both encouraging and frustrating in that the show seems to be aware of this problem. Ava admitted to being taken aback by Jake’s proposal, pointing out that neither of them had even gotten to “I love you” yet. He rectified that, declared his love and claimed he was over Gabi.

Then, in the hospital after hearing that Jake had been shot, Rafe and Nicole discussed how neither of them realized Ava and Jake were so close. Same! So everyone is aware of what’s happening — or rather, not happening. But acknowledging a problem isn’t the same as fixing it.

It is, however, an encouraging sign that maybe they realize it’s something they have to fix. Good soap is built on good relationships. That’s not to say they have to be healthy relationships all the time (Gwen and Xander’s wedding collapse worked because of how much we believed she was dangerously desperate to hold onto his love), but they do have to be ones that we buy. Ones that give us stakes.

They shouldn’t be plot placeholders or forced in out of nowhere.

It may be too late for Ava and Jake, but there could still be time to make us care about the other relationships before they’re thrown into turmoil. And if not, hopefully after this spate of relationships of convenience, we’ll be getting some real love, even if they’re not destined to last.

It doesn’t even have to take years to do. Yes, Abigail and Chad’s relationship was built up over the years, but her death was even more devastating because the show took the time in the weeks before it to really make sure the two of them were at the top of their game together.

What do you think? Does Days of Our Lives need to step up its game in the love department? Who do you want to see form a love connection?