Young and Restless:. Should Adam’s past be revisited?

On July 23, 2009, something momentous happened between Victor Newman (Eric Braeden) and his son Adam Newman (then played by Michael Muhney) on The Young and the Restless. No, they didn’t have an epic battle, threaten each other’s lives, or return from the dead. Instead, Victor showed his son rare compassion and acceptance for being gay. It turned out to be a misplaced acceptance, but it was acceptance none the less. The anniversary of this story got us thinking about that storyline, though, and we wondered if it was a missed opportunity for more.

To refresh your memory, Rafe Torres (Yani Gellman) and Adam Newman’s relationship began on a professional level when Rafe served as his lawyer. Rafe was able to get Adam house arrest at the Newman Ranch due to his blindness after Adam was sentenced to prison for forging a diary that would have sent his father Victor Newman (Eric Braden) to jail for murder.

While Adam, who was injecting Botox into his eyes to force the blindness, was at the ranch, he began gaslighting Victor’s girlfriend, Ashley Abbott (Eileen Davidson), as part of his revenge plan against his father. Adam set up Rafe’s aunt Estella Munoz (Anne Betancourt), who worked at the ranch, to take the blame. In his attempt to clear his aunt’s name, Rafe started snooping around and got close to discovering Adam’s ruse. To throw him off the trail, Adam told Rafe, who was gay, that he had feelings for him, and it was implied they had a sexual relationship, though it wasn’t shown on screen. 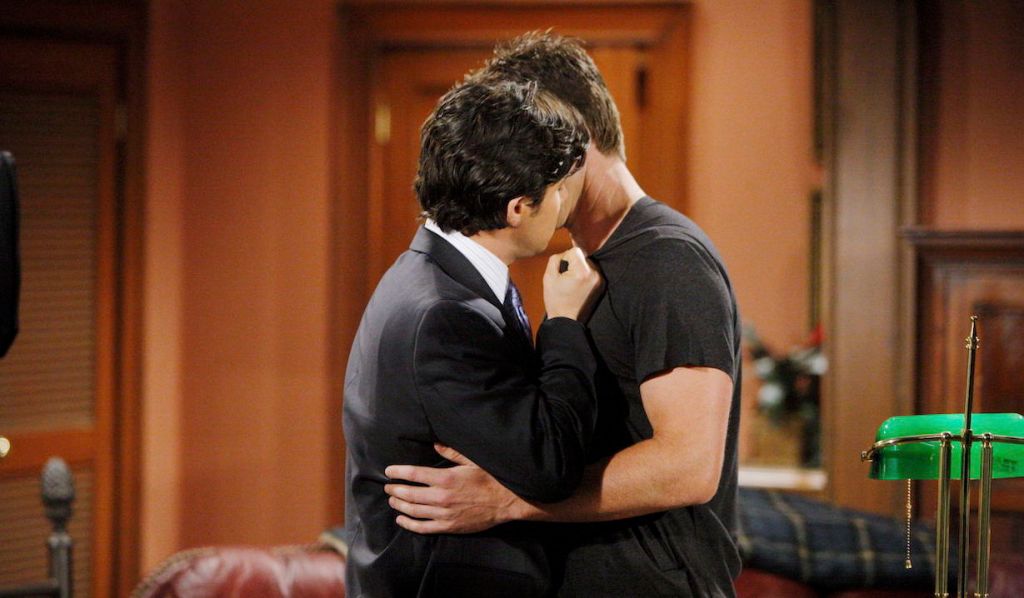 When Rafe realized Adam was using him, he tried but failed to prove Adam was behind the gaslighting, and poor Estella plead to a lesser charge. Rafe then joined Victor and Jack’s plan to lure Adam to the Abbott cabin, where he faced all his victims. Adam escaped though and fell down a ravine in the woods. When he was apprehended, he accused the group of kidnapping. Rafe was suspended from the Public Defender’s office for his involvement and broke off to practice law on his own.

All that drama was juicy enough, but in the middle of it, Nikki Newman (Melody Thomas Scott) saw Adam and Rafe kissing. She, of course, told Victor his son was gay, which led Victor to confront his son. Adam tried to deny it, but Victor didn’t want to hear it. He told Adam not to worry and to stop pretending – “You’re my son no matter what. Okay? You’ll always be my son.”

It was a lovely moment for father and son, with Adam receiving the acceptance he so craved. Yet, Victor needn’t have bothered because once Adam and Rafe were done, Adam being gay or bi was never mentioned again, but should it have been?

What do you think? Should Adam’s sexuality have been explored further? Should it be revisited now? Or was his playing Rafe just a classic example of how villainous he could be? Chime in and then find out where we ranked Mark Grossman in our photo gallery of best soap opera recasts below.