Young and Restless’s Ashland Will Die During Confrontation With Victoria and Nick? 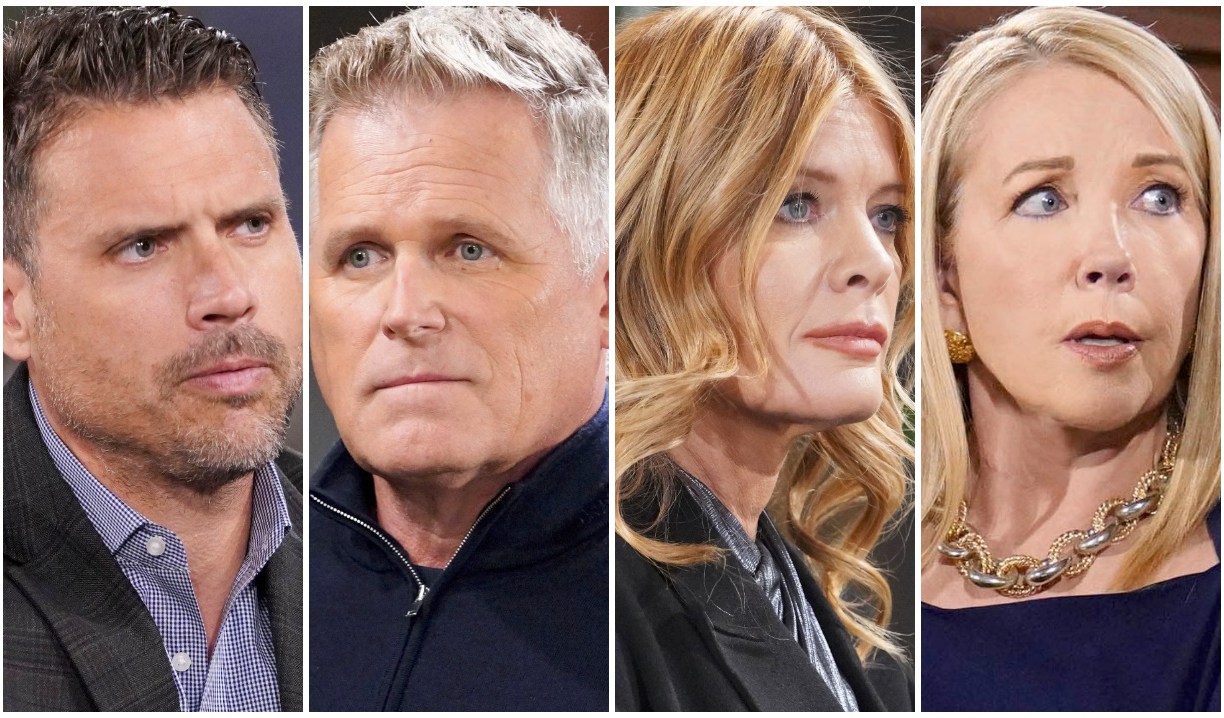 Young & Restless put in a solid week what with Ashland going off the deep end and Phyllis scheming with Nikki and Ashley. There was a little romance (Noah & Allie) and a big heartbreak (Sally & Adam)… but still a lot of focus on musical jobs. Anyway, here are the questions I was left with…

Adam saved Sally’s job (with an assist from Nick), but the whole scenario left me pondering if he’d made a huge miscalculation. He still loves her and now she’ll be working in close proximity with his brother, who she admired and flirted with in the past. Adam and Sharon would certainly be blindsided if Sally and Nick got together!

In related, I think Sally and Chloe will do well running Newman Media. I felt like Victoria was surprised by Sally’s drive and confidence, which was what made her decide to give her a shot.

Adam’s definitely changed; he couldn’t hide that he still loves Sally even when declaring he didn’t — and he warned Victoria that Ashland may want to do her bodily harm; something he would have relished in the past. Not being at Newman Enterprises or with Sally, he’s now kind of flailing around. Will he gravitate back toward Sharon? Leave town? Or will Victoria extend an olive branch in a moment of feeling grateful for the heads-up and we’ll see a new dynamic there? Let me know how you want to see his story go in the comment section.

Adam may have warned Victoria about Ashland, but it’s not like she exactly heeded it. She let her ex into the house while she was home alone, which clearly didn’t go the way she intended. Ashland turned downright menacing and, well, I guess we know how the ‘Ashtoria’ story is going to wrap up — with some kind of tragedy. Nick is on the scene, which means he’s going to bust into this showdown and things will undoubtedly get physical. I’m guessing either Nick will maim/kill Ashland while protecting Victoria or Victoria will maim/kill Ashland when he gets the upper hand on her brother. Ashland dying could drive a story in which one of the Newmans gets carted off to prison and has to prove it was self-defense. It seems unlikely that Victoria would feel regret if Ashland lands in the hospital, bringing them together again eventually. So, if he lives, Locke will likely be the one going up the river… perhaps to return at a later date to menace again?!?

The merry-go-round of jobs kept on spinnin’ round on Young & Restless this week as Noah backed out of New Hope and decided to open an art-themed nightclub in Victor’s Top of the Tower restaurant (unbeknownst to his grandfather, too funny). I actually like this idea as I was one of, what I suspect was a minority of fans, who loved The Underground. That said, I’m not sure it will make Noah, or Noah and Allie, less boring, but it’s a nice change to see him upbeat. Allie, too, showed a bit of spunk this week when she clapped back at Ashley.

Also in the latest Genoa City jobs report, Phyllis got an offer from Lily to buy her hotel. Would she actually gives up her “baby” to go and work for her daughter at Marchetti as the sneak preview suggests — which can only be to try and sabotage Diane? I feel like the old Phyllis wouldn’t have had to give up anything in order to execute a scheme to dispense of her rival.

Unfortunately, despite having support from both Nikki and Ashley, which is one of my favorite developments — terrific scenes — Phyllis is doomed to fail if she’s going to try and take Diane out at Marchetti. It’s bound to backfire. Why? Diane will know what she’s up to the moment she hears she’s been hired and will already have Kyle and Jack onside. Besides, we can’t have Diane going down before she’s managed to take everything from Phyllis. I’m still betting we’ll see a Jack and Diane pairing before too long.

In related, Jack’s been an ass where Phyllis is concerned and it was super-satisfying to hear Ashley tell him so!

More: We have two words for Phyllis

Wow! Chelsea is still acting kinda unhinged what with the catty behavior and the exaggerated laughing at the bar with Billy for Sally and Chloe’s benefit. Eek. Sally pointedly wondered aloud what Lily thinks of the podcast partnership as well, which left me more convinced than ever that the CEO of Chancellor-Winters is going to find herself dealing with an obsessed ex. I like it.

With Tessa having to have surgery and, presumably, not being able to tour after all, I’ve been wondering where this is all going storyline-wise. Will she end up working at Noah’s nightclub? And what’s with the spoiler about Mariah keeping a secret? Any ideas?

This is just my opinion. Feel free to join the conversation below.

Don’t miss these LOL-worthy outtakes and bloopers from soap stars’ photo shoots in the gallery below.

Home and Away spoilers: Why is Tex Wheeler SNOOPING into Tane’s business?

Days of Our Lives Recap: After Jake and Ava Get Engaged a Gun Is...