Days of Our Lives: Philip’s Return Could Save Lucas, Chloe & Brady

If ever there was a time for this return, it would be now!

Sometimes all it takes to heat up cold storylines, pull characters out of the corner they’ve been painted into and add a little extra love to the canvas is the introduction of a single character. Or, in the case of Days of Our Lives‘ Philip, the reintroduction!

We know, we know, by the time Kate and Victor smuggled their boy out of town last time, fans were pretty much done with him. A once viable character had been all but ruined by tossing him so far off the deep end, it seemed like he’d never be found again. But his return now — if handled right — could be just what Salem needs to shake things up!

First off, there’s Chloe and Brady. They haven’t exactly been the most riveting couple in Salem since they got back together. That is, of course, when they’re even on. Heck, the most exciting thing to happen to them recently was probably the 30 seconds in Brady thought Belle might have been a secret paramour of Chloe’s! She wasn’t. 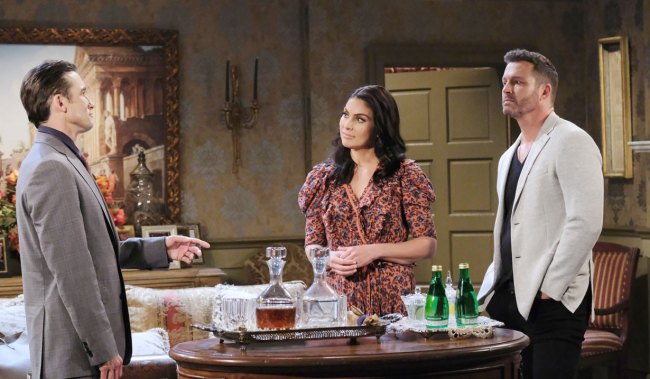 Back when Craig left Nancy and hooked up with Leo, it had seemed as if this were an excuse to bring Chloe and Brady back together. And that was all well and good until it actually happened. Shortly after, Craig left town, and ever since, the two have pretty much just been a couple in name only. If it seems like there’s no story to tell, that’s probably because there really hasn’t been.

But if Philip were to come back, it would be impossible not to upend things with them. As far as they know, he’s dead! That’s not to say he should come back the same psychotic, paranoid creep and start making life miserable for them again, but he could return, genuinely remorseful after his treatment.

Heck, he could even try apologizing. “My bad, I faked my death and framed you, Brady, sorry.” They could either accept it and move on, opening the door to Philip working his way back into Chloe’s heart (that seems a bit unlikely) or throw it back in his face and set up a rivalry that would give the couple something to do besides go on dinner dates. Nothing gets the blood flowing quite like mutual hatred! 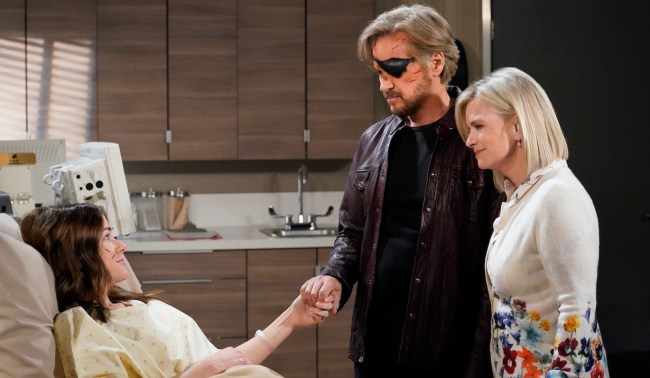 Even better, that second option would open Philip up to love somewhere else… and luckily for him Stephanie’s about to return to town! Once upon a time, the two were almost married, but Steph couldn’t stomach being caught in the Kiriakis/DiMera feud. How would she feel if they started growing close again only to find herself in a Philip/Chloe/Brady feud?

Of course, this is all assuming Philip stays out of prison. Faking your own death and framing someone for murder isn’t exactly a slap-on-the-wrist crime. And that could, oddly, keep him out of prison and take the heat off his brother!

Sure, Lucas is innocent of killing Abigail, but he still kidnapped Sami and held her hostage for months. That’s big. But if Philip returned to town sincerely wanting to atone for his actions and offering to turn himself in with a plea in exchange for Lucas getting a lighter sentence, that could be the out Lucas’ has been waiting for! 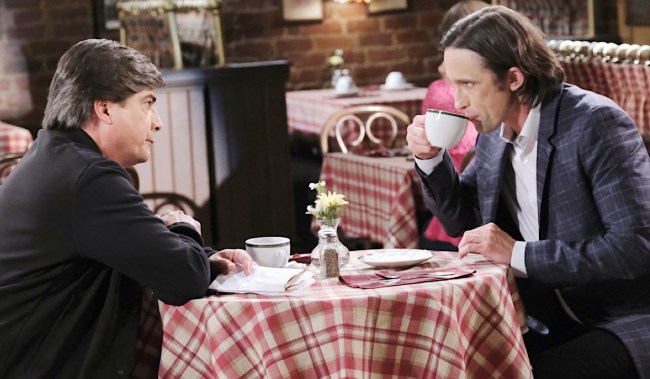 Time to spill a little tea. Who’s been worse to the woman he’s “loved?”

We all know Trask likes wheeling and dealing and if she was willing to give up Ava framing law enforcement for Gwen’s crimes, why not this? Going after someone from the powerful Kiriakis clan, after all, would send far more of a message than locking Lucas up and throwing away the key. Victor’s got several walk-in closets full of skeletons, and having some leverage with his son would be just the ticket Trask needed to deal with him.

Victor would either deal to get his son out of jail or scheme to take down Trask and replace her with someone who would let Philip go, setting him loose to shake up the town once more — and don’t think for one second he’d be content to let Sonny run Titan!

No matter how you slice it, Philip’s homecoming seems far too full of potential to pass up! What do you think? Is it time for the prodigal son to return, make amends and restart his life?

B&B Spoilers: Carter Needs To Step Back And Slow Down

Young and the Restless. Family Feud And Warring Exes