Young and Restless: Will Victoria Forgive Adam & Fix Their Relationship and Team Up?

Is this the beginning of real change?

Well, that was unexpected. On today’s The Young and the Restless, Adam just put aside his own vendetta and thirst for Newman power and warned Victoria about Ashland! The man’s out for blood, and not of the corporate kind. Adam may be many things, but he doesn’t want to see anyone get hurt. This time. Forget about that little bomb incident a few years back…

The point, though, is that Adam just put his family over his own ambitions, coming clean about his own scheming to help his sister. Now, no one’s ever going to claim Adam’s an angel, nor are they going to claim he hasn’t screwed over his own family time and time again. But maybe Victoria will be more willing to put aside her hatred of him just long enough to admit that he’s not all bad. And once she does that, she might have to start imagining what it’s been like to always live on the outside and have Victor jerking him around his entire life.

It shouldn’t be that hard, seeing as how every one of Victor’s kids have fallen out of his graces at one point or another and been subjected to his manipulations. Actually, we could probably amend that to every person who Victor’s ever known… but for this, we should probably just stick to his children. 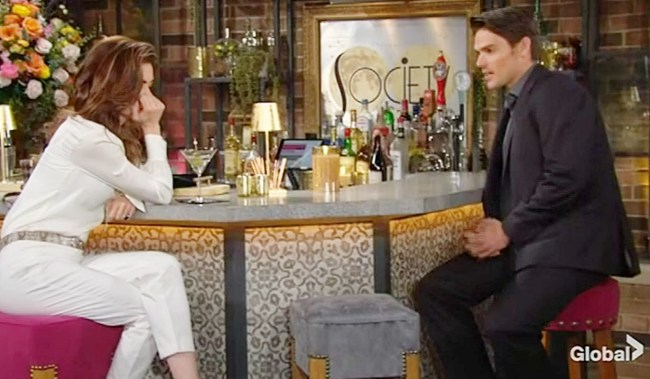 Don’t worry, kids, getting along gets less awkward with practice.

Now, if Victoria starts understanding her half-brother a bit better, does that mean she’ll be a force for good in bringing him in closer to the family, or will he do the opposite and start pulling her outside of it? If it’s the first one, well, break out the marshmallows and start singing “Kumbaya” because when we get the whole Newman clan happy together, world peace probably isn’t too far behind.

But if it’s the second option, Adam and Victoria could truly become a force to be reckoned with, unfettered by Victor’s whims and machinations. They could turn not just Newman upside down but pretty much all of Genoa City. Because whether they ever want to admit it or not, they’re the two siblings who are most alike. Nick’s never really wanted in on the family business and Abby’s always been a bit more Abbott than Newman.

The two of them have to know that so long as Victor’s around (and may he be around for many years to come) he won’t ever truly take his hand off the wheel and let them steer his company on their own. That is, unless they force him to. But even if they decide to fix their relationship (or, let’s face it, start one for the first time in their lives!), how long could it last?

More: The hookup Sharon and Adam could never expect

They both want the same thing — control of Newman. Maybe if they were actually getting along, they could figure out a way to share power, but would either of them truly be happy with that?

They just might be a bit more subtle in their sniping and maneuvering, but somehow it just feels like they’ll end up in yet another unhealthy relationship, not far different from the one they have with Victor. Love, respect, manipulation and distrust all rolled into one toxic bundle.

Take a look at our photo gallery of Adam’s life and all the ways he’s gotten in his own darn way.