Like father, like daughter. The premiere of Days of Our Lives: Beyond Salem revealed that Megan Hathaway is no more dead than dad Stefano usually was. And the Peacock spinoff got the wonderful Miranda Wilson to reprise the role that she played from 1984 until… Well, the troublemaker was accidentally “killed” by Larry Welch while she was plotting to do away with her rival for Bo’s affections, his one and only Fancy Face, Hope. 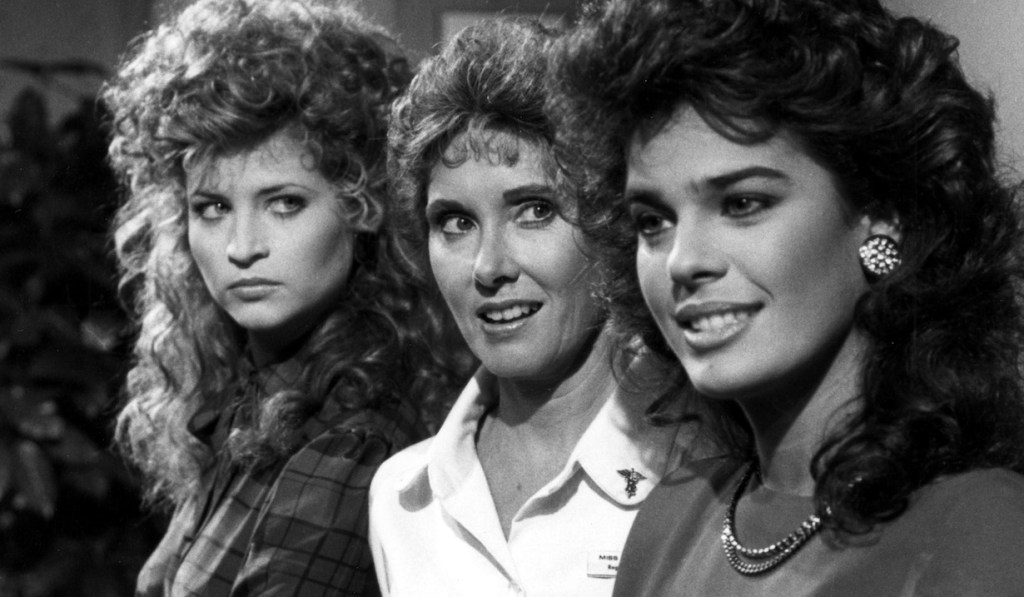 In Episode 1 of the Days of Our Lives offshoot, we learned that not only had Megan inherited Daddy Dearest’s knack for making like a phoenix and rising from the ashes, she’d hired Hope’s current beau, Harris Michaels (General Hospital vet Steve Burton), to kidnap Steve and John. Obviously, Megan also inherited Pop’s love of abductions! (Catch up on what you’ve missed with our photo-filled recap.) 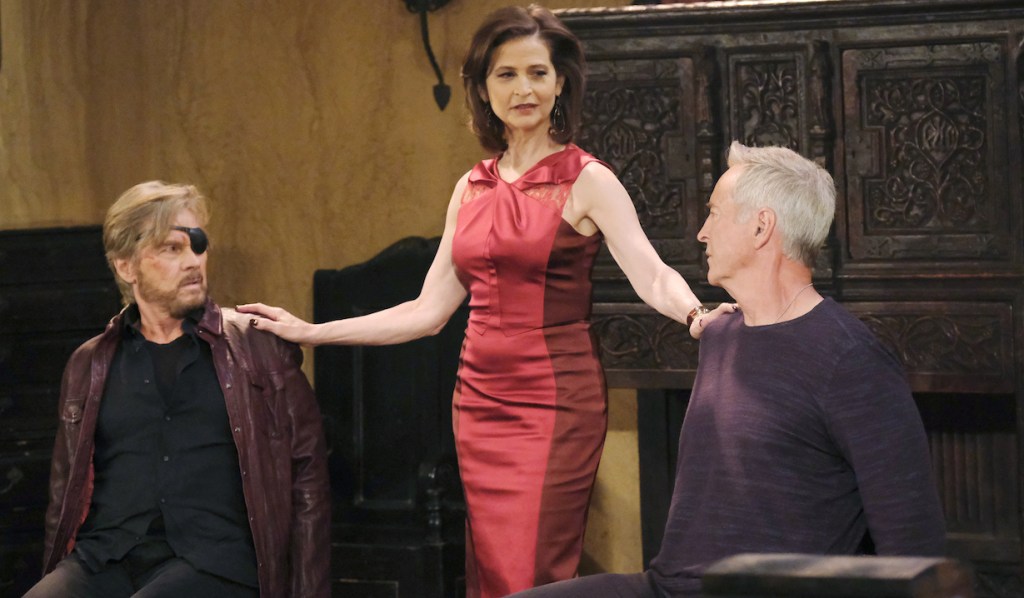 During Wilson’s original run in the role, Megan arrived in Salem with adoptive father Maxwell Hathaway and a keen desire to reunite with old flame Bo. She even pulled a plot straight out of the How to Be a Soap Vixen textbook, convincing him that she’d had (and given up) his child.

When that didn’t prove to be enough to glue Bo to her side, Megan schemed to electrocute Hope in a hot tub. Instead, she overheard Larry blabbing about a plot of his own and wound up being “killed” when their ensuing argument turned physical. Ironically, he then left her body in the hot tub in which she’d intended to deep-fry Hope, in so doing making Hope the prime suspect in her murder! 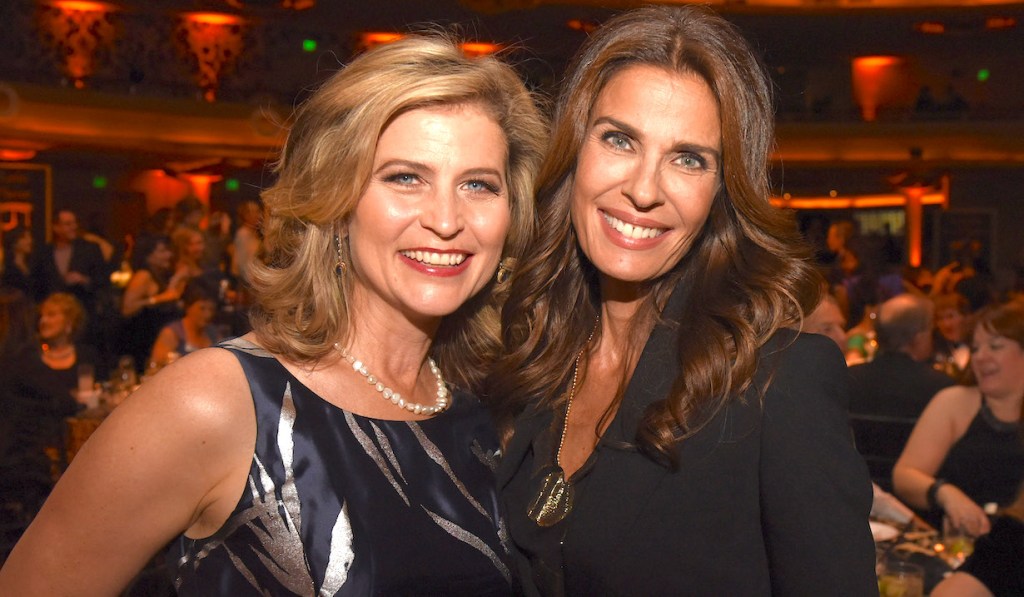 The on-screen enemies reunited at a 2015 event.

Following Wilson’s stint on Days of Our Lives, she went on to appear on Capitol (as Kate Well) and Santa Barbara (as Sandra Mills). Next, we can only hope that she brings Megan back to Days of Our Lives, not just Beyond Salem. We can just picture her bonding with Kristen now!

See how Megan, Stefano and all of their relatives are connected by checking out our photo gallery that climbs the DiMera family tree.

8 huge Home and Away spoilers for next week full collection of eight big...